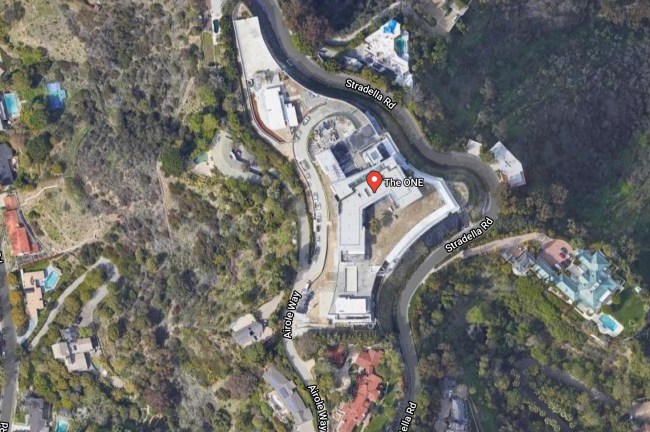 The most expensive home ever sold took place recently when Cheung Chung Kiu (Hong Kong real estate developer) purchased a mansion in London for $262 million. Nile Niami’s The One will absolutely demolish that real estate record when it’s all said and done.

I previously wrote about The One back in October of last year. It was pointed out then that this mansion is so significant you can actually type its name into Google Maps and it knows what you are looking for.

You’ll be treated to some of the most outrageous views of SoCal in existence, FOUR SWIMMING POOLS, a bowling alley, and a whole lot more. It took more than a decade to develop this home and ten years ago there weren’t nearly as many people in the world who could afford this. The times have changed.

Producer Michael recently shared the first-ever video tour of The One in two parts on his YouTube channel and it’s absolutely bonkers. These videos are extensive (and a little long) so feel free to jump around some in the videos.

$500 million is a truly insane asking price. But if there’s any home for sale on Planet Earth that’s currently worth $500 million it is The One. The footage speaks for itself.