Tommy Hilfiger’s $47.5 Million Greenwich Mansion Is Exactly What I’d Expect The Home Of A Guy Worth $450 Million To Look Like 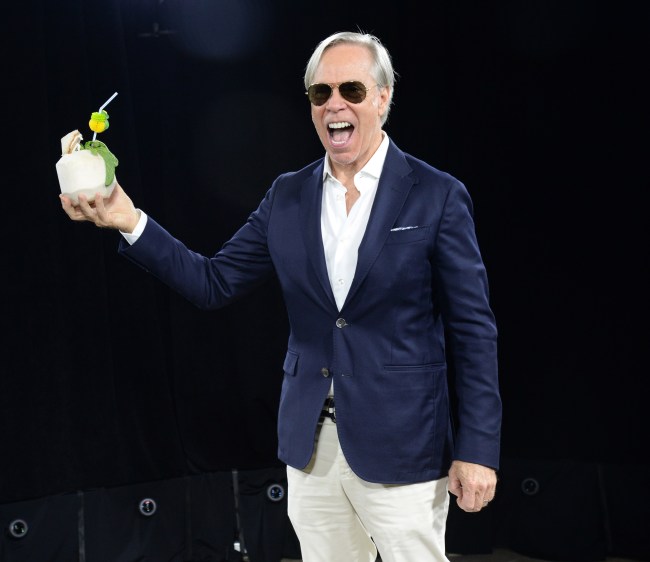 Tommy Hilfiger had been ‘rich rich’ for a very long time. He’s been active since the 1970s, building the iconic Tommy Hilfiger brand and all of its offshoots. In 2006, he sold his company for a cool $1.6 billion. It’s hard to say exactly how much he’s worth but all of the various ‘net worth’ websites have him in the range of $350 to $500 million with most of them landing on a number around $450 million. Not bad for a guy who got his start making jeans.

He’s also a prolific house flipper. But not like your buddy Greg who bought a $325K house and flipped it for $400K after dumping $50K in renovations into the house and then telling you it’s the easiest way he’s ever made money. Over the past several decades, Tommy Hilfiger has renovated and sold seven homes in Greenwich, Connecticut, one of the wealthiest towns in America.

His latest Greenwich listing is a $47.5 million ‘sprawling French Normandy-style estate’ which looks exactly like when I close my eyes and try to imagine a wealthy person’s mansion in a movie. Not necessarily the picture of modern wealth but this is exactly what a Hollywood movie scout would look for when scouting a location to film an ‘old money’ scene in a movie.

The proximity to NYC is obviously one of the biggest selling points of this sprawling estate. You can be in Manhattan in no time and back home at your 22-acre estate to sleep without nights full of ambulance sirens. According to the Wall Street Journal, Hilfiger and his wife are moving to Palm Beach full time and have planned on doing so for a while but this year’s lockdown has accelerated their plans and that’s what led to this Greenwich home hitting the market. He purchased the 22-acre property for $31.375 million just 10 years ago. ‘Round Hill’ was built in 1939 atop a…round hill for real estate investor Charles Vincent Paterno and was later owned by Joseph Hirshhorn.

The inside spans 13,344-square-feet and has A LOT of wood. Seriously, this might be the most wood I’ve seen outside of a log cabin. Wood floors, ceilings, doors, staircases. Wood everywhere. I love the wood. This place is cozy AF and if I was worth half a billion dollars I’d be all about buying this.

Here’s an Architectural Digest video from a few years back where they take a tour of Tommy’s Greenwich mansion:

There are also antlers everywhere according to WSJ which is a feature I’m 100% onboard with:

One recurring motif: antlers. There are antler chandeliers, an antler mirror surround and even outdoor animal statues with antlers. “We’ve gone to Austria and Switzerland skiing, and we love the Swiss and Austrian hunting lodges,” Mr. Hilfiger said, noting that the motif harks back to the property’s own history as a deer- and fox-hunting estate. The antlers, as well as other furnishings, aren’t included in the sale price.

The estate’s position on a hill means it has views of the Long Island Sound and of the lights of Manhattan at night, Mr. Hilfiger said. It also includes an original tennis court, which they fixed up.

The designer, 69, said he and his wife spent the early months of the pandemic at their home on the Caribbean island of Mustique. They are now in the process of buying a new Florida home; one they own in Miami is on the market for $24.5 million. While Florida’s favorable tax policies were a factor in their decision, they aren’t the sole reason for the move, Mr. Hilfiger said.

This 360-degree tour of Tommy Hilfiger’s $47.5 million Greenwich estate is a pretty wild look at the house. Not for nothing, I cannot ever imagine welcoming a film crew into my house for something like this. It’s too intimate. Seeing every tiny detail of someone else’s home like this is wild.

If you happen to have $47.5 million sitting around to spend on real estate this mansion is listed by Sotheby’s International Realty. Just hit them up and tell them you’re interested. They’ll know what to do. You can tell them I sent you if you want. They don’t know me but maybe they will after you tell them about me. Can’t hurt to make the introduction, right?