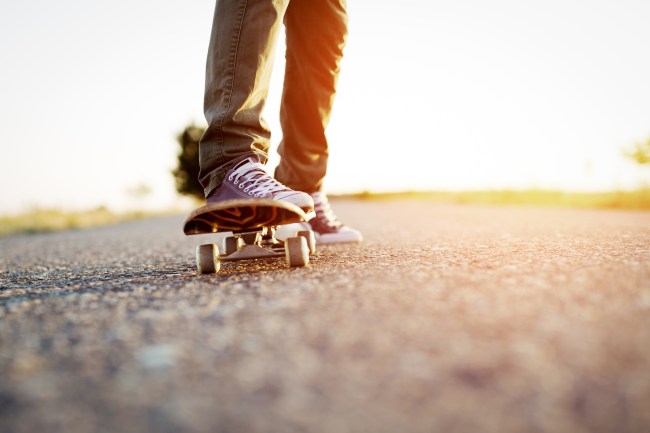 As far as cities go, you’d be hard-pressed to find a better one to live in anywhere in America than San Diego. It’s home to virtually perfect weather year-round with a few points taken off due to the June Gloom but it’s that ‘shorts + t-shirt during the day, jeans + hoodie’ weather at night that’s impossible to put a price tag on.

San Diego’s also home to some of the best surfing in the world and its proximity to the other great waves in Southern California + Mexico make it a watermen’s paradise. Likewise, it’s a perfect city for skater’s with skateparks throughout and perfect weather so you can skate all year long.

Tony Hawk, the world’s most famous skater, was born in San Diego back in 1968 and he’s chosen to stay there ever since because the city’s so perfect there’s no sense in leaving. Of course, he could afford to live anywhere in the world if he wanted to thanks to his net worth of around $140 million from his Birdhouse skate brand and his iconic Tony Hawk’s Pro Skater video game franchise.

3-time NBA Slam Dunk Contest champion Nate Robinson does a ‘Houseguest with Nate Robinson’ video series on YouTube for The Player’s Tribune where he visits the homes of celebrities and a week or so ago he got to check out Tony’s San Diego mansion that is truly a skater’s paradise.

Once you get past the insane amount of priceless skating memorabilia in the house you can see things like his badass backyard skatepark where Tony teaches Nate to skate. As far as things in the house, Tony’s most prized possessions are movie memorabilia.

I’ve been loving these ‘Houseguest with Nate Robinson’ videos lately. I posted one earlier in the week where Nate traveled to Las Vegas to check out DJ Steve Aoki’s ridiculous fun factory in the desert. You can check that out here if you missed it.