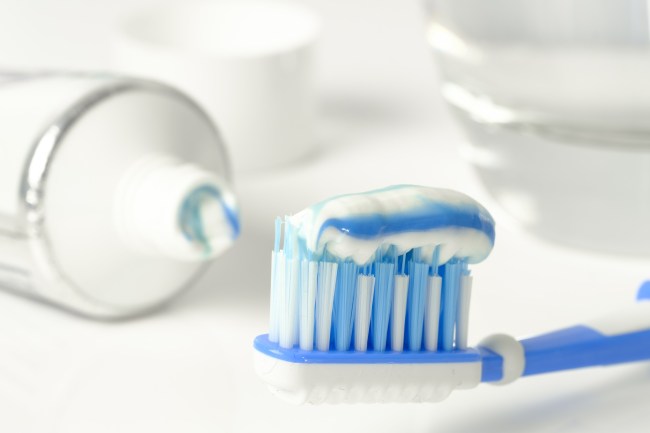 Ever since mother nature bent over somewhere around the dark side of the moon and squeezed out the lifeforce that would become known as mankind, dudes from all walks of life have been trying to figure out ways to improve their sexual experiences.

For some, it is as easy as spanking it raw with a banana peel, while others enjoy a plethora of other tactics, some of which involve an angry badger, cocaine and a wire brush.

Hey, what can we say, it’s a wild world. However, it seems that as time progresses, men are digging deeper and getting more bizarre with those methods intended to soup-up their sex life.

Why? There is no way of being sure. It is conceivable, though, that some are just a little miffed that when the architect of the universe created the male persuasion, it didn’t ensure that all of us came equipped with enormous dongs that weren’t so damn twitchy.

So we’ve improvised throughout the years, no matter how ridiculous the technique, to give our partners the illusion that we are super studs that can go all night long.

But we’ve gone too far.

The latest trend in man’s quest for better boners involves rubbing minty toothpaste on their wieners, according to a report from Metro.

The idea is that by lathering the old one-eyed walrus up with dentifrice, it can prevent premature ejaculation, giving those quivering minutemen the staying power they need to be revered as King Ding Dong in the sack.

This is apparently a maneuver that is being discussed with wild-eyed enthusiasm all over the Internet.

All one has to do is jump on YouTube, Reddit and Steemit to hear men proclaiming with much intensity that just a little squirt (or a lot) of toothpaste on their schlong is all they need to keep ringing her bell for “30 minutes or longer.”

There are even some that suggest that a toothpaste-covered wong makes sex more pleasurable for the woman.

And it’s also a powerful remedy for snatchitosis.

But does it really work?

Some medical experts are going out on a limb and saying, probably not.

They argue that using toothpaste as an alternative to Mr. Prolong isn’t rooted in any kind of science that should prompt men to walk around with minty fresh dicks.

Furthermore, they worry that using goop explicitly made for dental hygiene might be detrimental to our manhood and especially the nasty bits of our lady friends.

You see, toothpaste, while necessary to keep our teeth and gums healthy, isn’t much good anywhere else on the body.

These products contain bleaching agents, gritty additives, and other chemicals that can not only give women infections but they can rip prick skins to shreds.

“I’d urge anyone thinking of trying this rather worrying ‘toothpaste’ technique to cease and desist. It won’t do anything at all to combat premature ejaculation or erectile dysfunction, despite the claims being made in these videos,” said Pharmacist James O’Loan at the online consultancy Doctor-4-U. “The peppermint oils and other chemicals in toothpaste, including bleaching agents, can be extremely irritating to sensitive skin. By putting it on your genitals, you actually risk a mild burn, as well as blisters and scarring. And toothpaste should in no way be used as a lubricant, either.”

Not unless that who-ha has teeth!

Okay, fellas, there are other, safer remedies out there for dudes having trouble getting off too soon.

These can sometimes help make the love stick a little less jumpy when it comes time to get down. We’ve even heard of men using some hippy-dippy shit called Ayurvedic medicine that employs the use of herbs and exercise.

But we prefer a tried and true, tough-love method that has worked for guys since the dawn of time. All you need to do is get on a steady whacking regimen (we’re talking like 3 to 5 times a day) and condition that smart-alecky dick to the point where it has nothing left to give.

Just treat it like it’s a prisoner at Guantanamo Bay.

Go ahead, torture the shit out of it.

It’ll soon learn who is boss and you’ll never have to worry about finishing prematurely ever again.

And before you get any more harebrained ideas, those toothbrushes should be left in the medicine cabinet, okay?