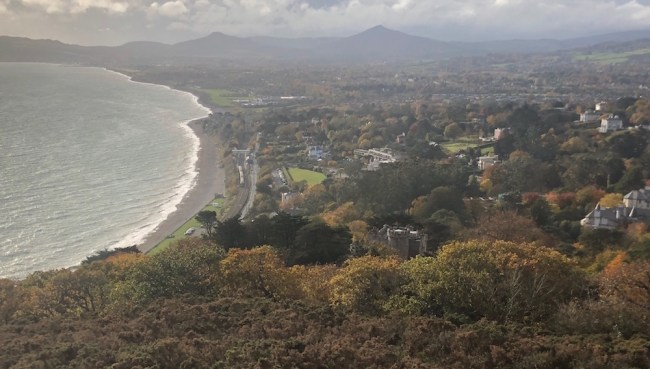 Presented by Powers Irish Whiskey, all thoughts our own. Enjoy Powers responsibly, 21+

Well, I’m not. But this is the answer I’ve always given when asked the same question that was lobbed at the people who streamed through Ellis Island over a century ago, a query that still remains on the minds of countless Americans in a country where patriotism reigns supreme:

“Where are you from?”

Virtually everyone in the United States can trace their ancestry back to another country (or five) and many people look to the past (and willingly hand over their DNA to total strangers) in pursuit of claiming a cultural identity beyond the one that greeted them when they were born in America.

For me, that identity involved growing up watching Notre Dame games, correcting people who threw an “O’” in front of my last name like I somehow forgot to do it myself, and making the fatal mistake of getting a little too into The Boondock Saints.

However, as I’ve grown, I’ve become increasingly less comfortable self-identifying in the way countless Americans do. Like so many others, my ancestor’s culture has been repackaged to create an idea of what their country of origin is like.

It’s gotten to a point where I can no longer tell if I’m celebrating or tarnishing the land they hailed from— a place I had only visited in middle school, when I was more concerned with making sure I had enough batteries to keep by Game Boy running the entire trip than actually taking things in.

As a result, I was determined to immerse myself as much as possible when Powers Irish Whiskey invited me to join them for a tour of Ireland earlier this month on a trip that would give me my first real opportunity to (at least try to) understand what the country is really about.

I arrived in Dublin with some time to explore and figured I’d dip my toes in by recovering from my flight with a drink at Temple Bar, which is kind of like going to New York City for Italian food and hitting up the Olive Garden in Times Square. I walked down Grafton Street, a stretch filled with flagship stores and small shops luring tourists in with the promise of supposedly authentic Irish goods, like a green top hat attached to a fake red beard.

I had a feeling I might have to wander a bit farther if I wanted to get what I was looking for.

Jet lag was there in full force to greet me when I woke up the next morning along with a full Irish breakfast, and I washed down my blood pudding and ham-like bacon with more cups of coffee than anyone about to take a three-hour bus ride ever should. 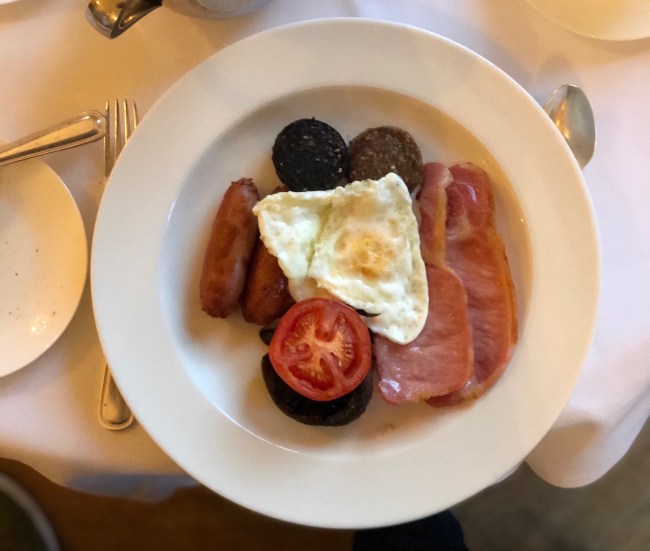 I would quickly discover that was the last thing I’d need when it came to rallying that morning.

My real wakeup call would come around an hour later thanks to Denis O’ Reilly, the man charged with shepherding me around the country for the next few days. However, he was far from just a tour guide— his roots stem from the Power family tree, the people responsible for revolutionizing how the Irish drank whiskey when they became the first distillery in Dublin to bottle the spirit in the country after kicking off production all the way back in 1791.

The first stop was Sandycove, a town on the outskirts of Dublin and home to the Forty Foot, a small inlet on the coast south of the city. It was a sunny but blustery day in Dublin, with temperatures hovering around 50° F— details that seemed insignificant, at least at the time.

Denis informed me locals had been swimming in its waters all year round for a couple of centuries and there were indeed about a dozen insane people bobbing in the frigid waters. 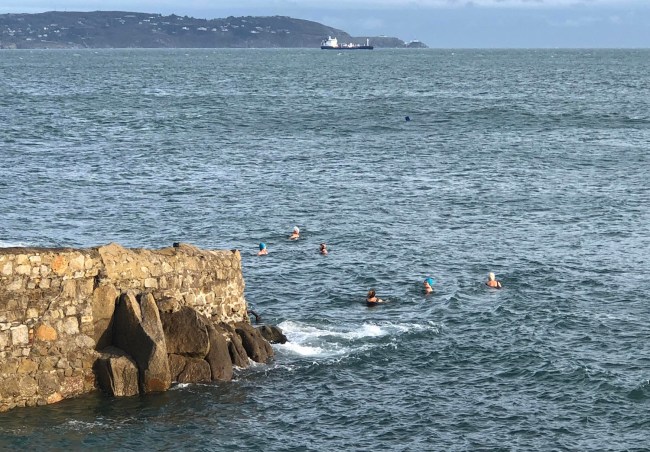 I can attest to its frigidness thanks to Denis, who procured bathing suits and towels out of thin air and announced we’d be joining them. I tried to tell myself this was all just an elaborately choreographed stunt to screw with American tourists but could find no reason to doubt it was an actual local tradition. I’d told myself I’d do everything I could to immerse myself in the culture when I came to Ireland and now I was about to submerge myself into the Dublin Bay.

Here I was, a man who once made up a family emergency to get out of doing a polar plunge, about to wade off the shores of Ireland in November— and I wasn’t even doing it for a good cause. I threw caution to the chilling winds and dove in headfirst, finally understanding what Roger Waters was saying when he talked about being comfortably numb.

Upon emerging, I was greeted with a pat on the back, affirmative nods from my fellow swimmers, and a small nip of Powers. Whiskey had never tasted so good.

I was in desperate need of some real warmth, but instead of heading back to the bus, Denis directed us to a quintessentially Irish cottage just down the road from the water. It turned out to be the home of his uncle Herb, a direct descendant of James Power, the man who started it all.

I quickly settled in next to the fireplace as he showcased the hundreds of years of history that had been bestowed upon him— including two diaries documenting trips made by his ancestors in the 1800s adorned with sketches of the carriages they traveled in. 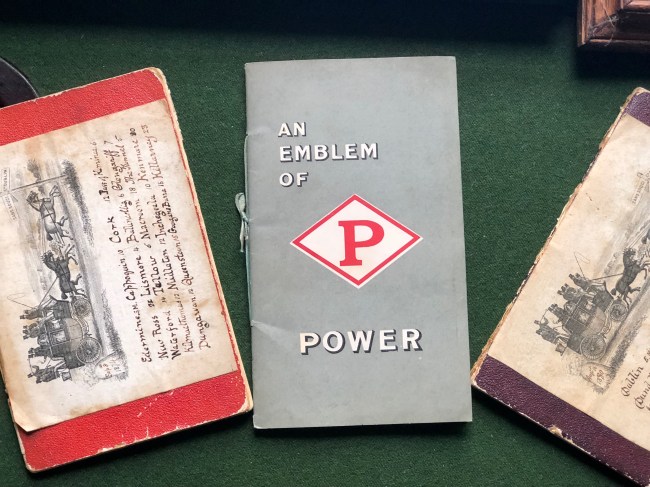 I browsed the artifacts as I listen to Herb recount stories from his younger days and it became clear the Power family had put their name on the bottle for a reason; the whiskey wasn’t just a whiskey— it was their legacy, one the family has been proudly upholding and honoring since James distilled the first drop.

After regaining feeling in my extremities, we departed and headed into the countryside where rolling hills dotted with sheep slowly morphed into mountains as we made our way to Lough Tay, a lake tucked inside a valley like the crystal center of an emerald volcano. 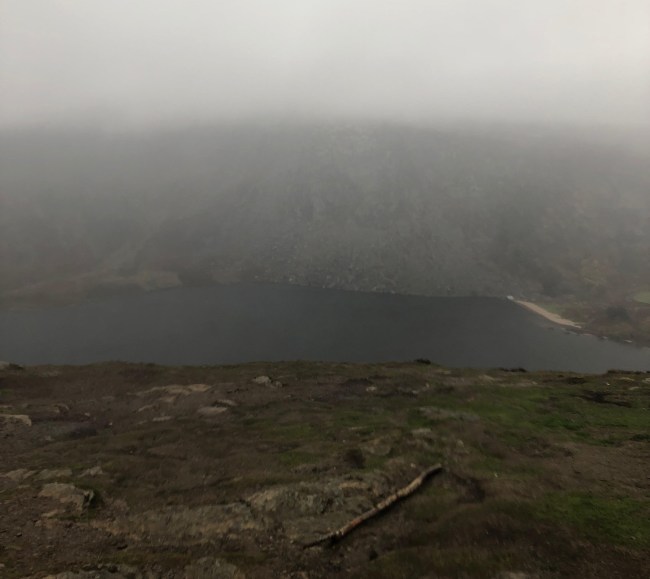 It was here where, amongst a virtually untouched green sea in Wicklow, where I truly came to understand why the isle had earned it’s colorful nickname.

The chilling, wind-driven rain that had started to trickle down upon our ascent was only falling harder and we soon took refuge inside Finnegan’s, a pub in an almost artificially quaint town located down a winding road lined with houses owned by the likes of Bono and Enya (who is apparently still kind of a big deal over there).

The pub was home to a fascinating mix of people. There were Italian tourists grabbing pints after making the pilgrimage to the residence of the U2 frontman opposite two tables of segregated octagenarians who I assumed made lunch there a part of their regular routine, with both the men and the women clad in their Sunday best on a Tuesday afternoon.

It was also home to an entire barrel of 14-year-old Powers that the pub’s owner— who had once had a job bottling the whiskey— gifted to himself as a 90th birthday present. 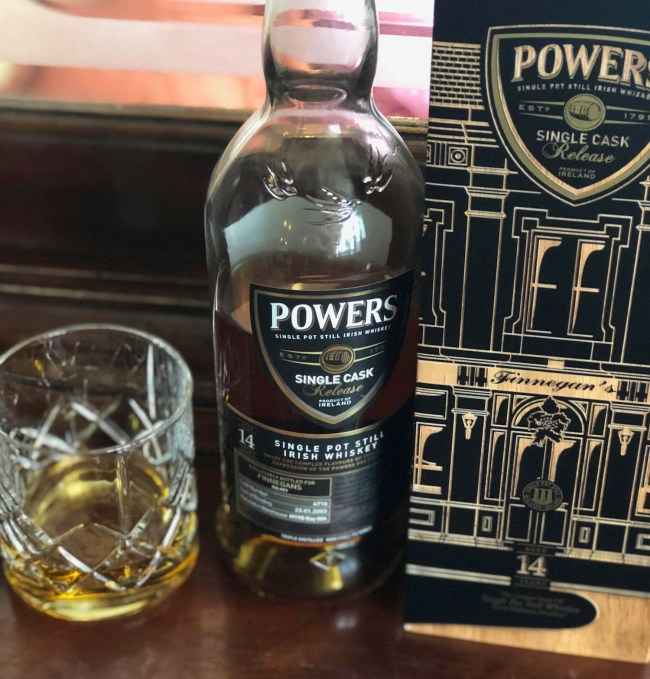 The menu offered some of the usual suspects— fish and chips, bangers and mash— but was also home to dishes you’d struggle to find at any Irish pub in America— unless your local sports bar is serving up locally-sourced duck pâté and venison stew.

I continued to take in my surroundings and recognized a familiar face when I glanced across the bar while sipping my dram. I’d knew I’d seen this person somewhere before, but where?

It took me a few seconds to realize I was standing just a few yards away from Woody Harrelson of all people, who was clad in his finest black beanie and pajama pants. I knew Irish pubs were a gathering place for people from all walks of life but I can’t say I expected such an eclectic mix.

Finnegan’s was the first stop of many on what was essentially a countrywide bar crawl. Every pub had its own character (and characters), like the one in a small village in Cork where the elderly owner sat in a corner with two pints in from of him while his grandaughter tended bar and the native crowd glanced skeptically at the crowd of Americans who’d just taken over their local haunt.

Another— which was the Irish equivalent of a dive bar— served up grilled cheese (or, in the local parlance, “toasties”) while a mix of 80s hits played in the background, which seemed to be the soundtrack of choice at every place I visited (aside from the pub where I bonded with a total stranger over his love of Dave Matthews when “Ants Marching” came on).

They did all have one thing in common, however: whiskey, and lots of it (especially Powers, which is near the top of the list when it comes to the most consumed whiskeys in the country). 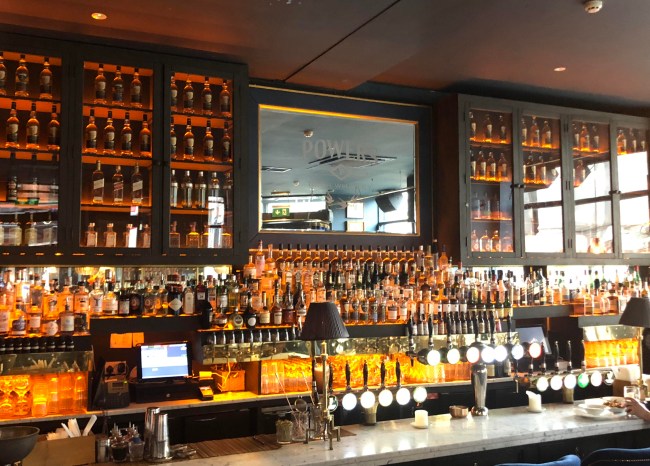 The last leg of my trip was in Dublin, where I visited the site of the original Powers distillery off John’s Lane, the road that lends its name to the brand’s 12-year-old single pot still variety (which I cannot recommend enough).

The distillery once occupied seven acres of the city until production moved to the countryside in the 1970s. It has since been converted into an art college but remnants of the original facility still remained, with three oxidized copper stills sitting in the middle of campus as a reminder of the past. 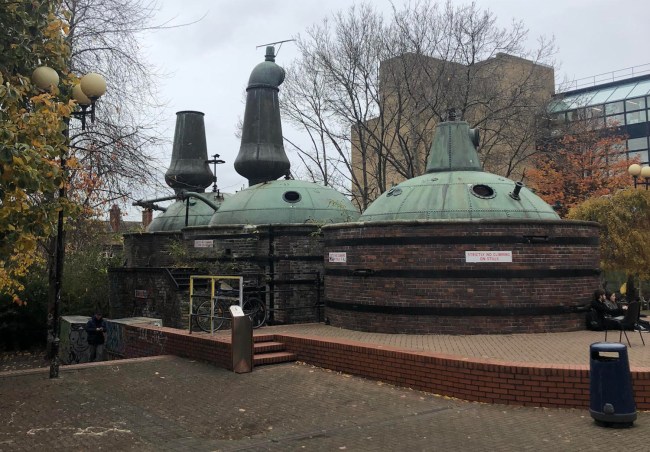 It was perhaps the perfect encapsulation of the entire trip, a place where the old and the new came together to show how far the country has come but how many things still remain the same.

Dublin’s skyline is currently lined with cranes that cast shadows over centuries-old buildings still pockmarked with the wounds inflicted upon them during the rebellion that help shaped the Ireland we know today. Trendy cocktail bars and chain restaurants border pubs that have sat virtually untouched since their opening, filled with college students slugging drinks and men with canes sipping theirs.

The Ireland I experienced wasn’t the one that’s been idealized by America. Corned beef and cabbage was absent from pub menus. There was a notable lack of people sporting tweed hats. I didn’t hear a single song by The Cranberries during my time there.

It was, to a point, the one I expected. The views were gorgeous. The people were friendly. The food was good. The whiskey was even better.

I reflected on the trip while preparing for my flight at the Dublin Airport bar (which was surprisingly packed at 5 AM) and realized, to a certain extent, the visit had ruined me. Try as they may, there’s no “authentic” Irish pub in America that can replicate the experience of grabbing a drink in one that was built before the United States was even a twinkle in the eye of the Founding Fathers.

If I want that, I’ll have to go back. That day can’t come soon enough.

Full disclosure: Powers was kind enough to fly me to Ireland and host me during my time in the country. With that said, I was a huge fan of their whiskey before I headed over there and an even bigger fan now that I’ve gotten to taste it in its natural environment.