Zedd’s $16 Million L.A. Mansion Has A Room Just For Sneakers And A Machine That Dispenses Skittles 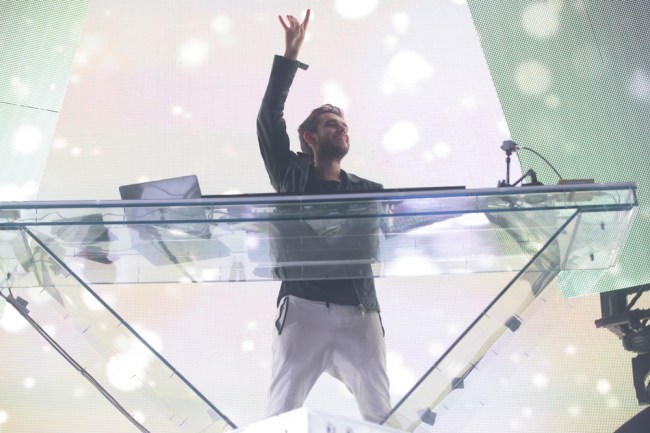 Life is pretty darn good when you’re Zedd, the 28-year-old Russian-German DJ and record producer who is responsible for multiple Top-10 songs on the Billboard Top 100 before his 30th birthday. Zedd has been on Forbes‘ list of the world’s highest-paid DJs for several years now and they estimate that he earned somewhere in the realm of $19 million in 2017 which is just three million dollars more than the value of his 9,500-square-foot Los Angeles mansion between Sherman Oaks and Beverly Hills.

Zedd recently allowed Architectural Digest into his absolutely stunning home for a tour of the place. Amenities include a Skittles machine that dispenses any flavor combination that you choose. A live three (that’s dying) which the entire house was built around and which he will soon have to replace for a life-like replica. There’s a room entirely full of survival supplies from Costco just in case he’s stuck in his house for an extended period of time.

It’s borderline impossible to not feel envious of Zedd while watching him give that tour of his stunning mansion. Once you accept that fact you can begin to feel stoked that a guy who has worked his ass off in the music industry has seen so much success before his 30th birthday. It doesn’t bring any value to your life to sit around and be jealous of others so you might as well be stoked for everyone who’s out there killing it, at least this way you won’t go through life feeling salty.

Shout out to HighSnobiety for sharing this video!