A Whole Town, With 28 Houses, Just An Hour From San Diego, Is Being Sold For Only $6 Million 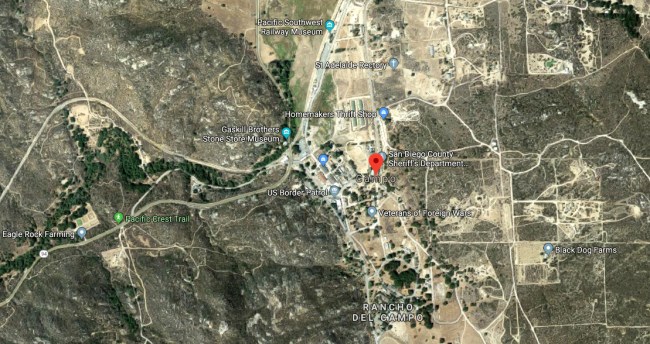 Forget buying a new house. You can now purchase a whole town in California for around $6 million.

I will never understand the real estate market for the rich and famous.

For instance, this week we discussed the home in Park City that NBA legend Michael Jordan is selling for $7.5 million. It’s 9,574-square-feet and sits on 3.93 acres.

Campo, California, which is for sale for $5.5 to $6 million, comes with 16 acres of land, 28 homes, seven commercial properties, a post office, a Veterans of Foreign Wars hall, and a church!

Why spend $7.5 million on a house when you can just go and use that money to buy Campo, California, and still have $1.5 million left over?!

Seriously, you can own a whole freaking town located just 55 miles from downtown San Diego for $6 million. Amazing.

Listing agent Conor Brennan told the San Diego Union-Tribune that he hasn’t “got off the phone” since the property was put on the market last week.

Campo is about a mile from the United States-Mexican border and the majority of buildings were constructed in the 1940s. Around 100 people live in the 16-acre area included in the sale with the majority of residences being former Army barracks converted into apartments.

The rural community is known for being the final posting for the Buffalo Soldiers, the Army’s all African-American cavalry unit. The base there during World War II, called Camp Locket, was used to house German and Italian prisoners of war.

Most of Campo is owned by Las Vegas investor John Ray. After almost 20 years, Ray was getting older and decided to sell off some properties, Brennan said. The land he owns was last for sale in 1994 with the price tag of $1.75 million, more than $3 million in today’s dollars.

This might the steal of the century. The Union-Tribune says a 2,137-square-foot condo just an hour away in San Diego County is on sale for $5.7 million.

No wonder Brennan is getting so many phone calls about the property. Just imagine the possibilities…