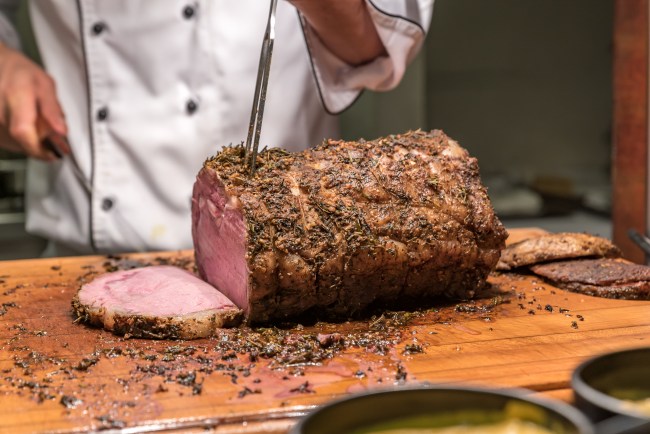 Unhung heroes is a weekly breakdown of a reader-submitted DM, where we focus on guys with small packages who delivered in spite of their shortcomings.

Today’s unhung hero proves that a little meat can go a long way. 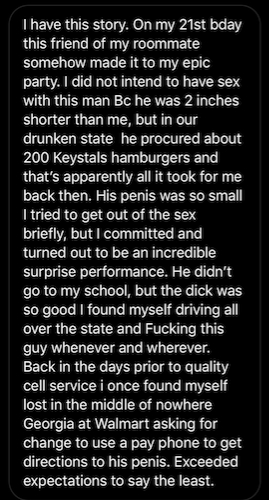 Hand up, I wasn’t familiar with Keystals hamburgers. I quickly learned that she meant to write “Krystals hamburgers,” which are these delicious, nutritious square cuties:

Wow. Did someone turn up the humidifier? ‘Cuz my mouth is watering! Just kidding, that hamburger looks like the sort of U.N. aid camp food that refugees would turn down. Typically, an exposed brick backdrop will make anything look better. I guess these parallelogram burgers are immune. What a terrible, disgusting food item.

I did some digging, and it’s not a great sign when you go to the Krystal website, click on the nutritional information page for their signature burger, and see a 404 error.

If I had to guess, I’d say that each burger contains 40,000% of your monthly sodium dose, 68 grams of saturated fat, and a lifetime guarantee of losing your feet. But I’m no nutritionist.

All of that is to say that somehow, these burgers were enough to tip the scales in our hero’s favor. When you’re not packing a ton of heat, you need to improvise. Some small-dongers will learn magic tricks or the piano; others will lean on jokes and a finely-tuned wit. This particular fellow brought beef patties to the table, and even though 200 sounds like an unreliable estimate, we can imagine that it was quite a few.

“His penis was so small I tried to get out of the sex briefly. But I committed and it turned out to be an incredible surprise performance.”

Where there’s a will, there’s a way. Sounds like we’ve got TWO heroes on our hands. Thanks to the birthday girl’s sticktoitiveness, what started as a lackluster, regrettable romp became a most-improved player story for the ages. In short order, she would be roaming the highways and byways of America’s south, searching for the magical mini-mushroom puppy. A bean peen so good that she was begging for change to call for directions to his penis at WalMart!