Take A Never-Before-Seen Tour Of The Massive $39.5 Million Mansion Tom Brady And Gisele Are Selling In New England 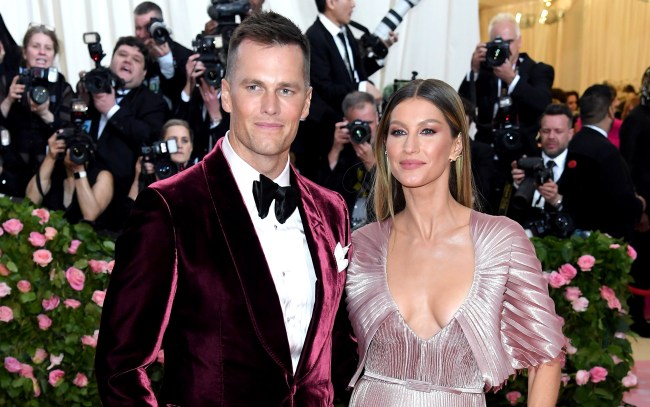 Several months ago as the NFL began wondering where he would be playing in 2020, we learned that Tom Brady and Gisele Bundchen were selling their humongous Brookline home for $39.5 million. (They’re totally moving to Las Vegas.)

Back then we wondered just what exactly does with a home this big? I mean, why does anyone need a $40 million house?

According to the home’s listing on Realtor.com, the house, built in 2015, sits on 5.24 acres adjacent to the 9th hole of the Brookline Country Club, and comes with a dining room, living room, home office, eat-in and chef’s kitchen and a family room on the main level.

The property also has a 2,400-square-foot barn-inspired guest house with a yoga studio, full bath, and sleeping loft.

I guess you buy a $40 million house because, well, you can.

And Tom Brady and Gisele Bundchen most definitely can.

We had a smattering of photos of the house to check out back when it first went on the market, but now we’ve got a new video from Beth Dickerson of Gibson Sotheby’s International Realty and Kure Creative of Tom and Gisele’s Brookline mansion that reveals some never before seen spaces inside the home.

Oh, and if TB12’s $40 million house doesn’t float your boat, you can always purchase the house next door, owned by Reebok founder Paul Fireman. It’s been marked down from its initial asking price of $90 million to just $50 large now. (It was marked down to $33 million, but for some reason it’s gone back up, so you better hurry.)

Check out the six-time Super Bowl champ’s house below…