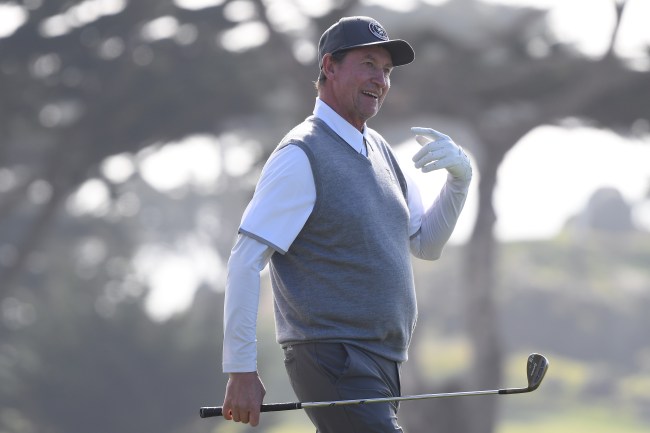 Wayne Gretzky has listed his incredible California estate for a whopping $23 million. The 13,000 square foot estate sits on a 6.5-acre property with a tennis court, pool, and all of the other luxurious amenities you’d expect to find in a $23 million listing but what’s most wild to me about this story is how Wayne Gretzky has already profited $5 million on this property AND stands to profit A LOT more.

This property has made its way in and out of Gretzky’s real estate portfolio before. He first sold it to former New York Mets legend Lenny Dykstra for $18.5 million back in 2007. Then Gretzky bought it back from Lenny for $13.5 million in 2018. Now Gretzky has this same estate listed for $23 million just two years after buying it back from Lenny for $5 million less than what he sold it for.

Wayne Gretzky has listed his California home for $23M.

The estate has a 4-car garage, gorgeous marble work in the kitchen, a wrap-around staircase, a driveway and fountain which scream ‘this person is rich’, sweeping porch and pool views of the mountains, a private tennis court that’s shaded in with hedges, a gorgeous pool, and more. There are 6 bedrooms and 7.5 bathrooms according to the Realtor.com listing.

Here’s a virtual tour of the 13,000-square-foot estate from Zillow’s YouTube channel:

The standalone gym out by the tennis court is pretty clutch. I appreciate the mirrors and all the natural light in there but I’d probably replace those mirrors with TVs for Saturday/Sunday football to multi-task while getting a pump on.

The ‘wonderful library’ is a bit much for me. I love the idea of this but having it take up an entire room of the house seems like a waste. How often does someone actually use the library for anything other than a home office? It’s not as if you could fire up cigars in there for fireside chats because it would smoke up the whole house. It could and should be converted into a theater with electric blackout shades to keep the natural light in there.

Here’s another clip of the house that was filmed 4 years ago so might be a bit dated:

For what it’s worth, Wayne Gretzky’s estimated net worth is somewhere in the realm of $250 million so he’s doing JUST FINE these days without having to profit millions and millions on real estate deals.