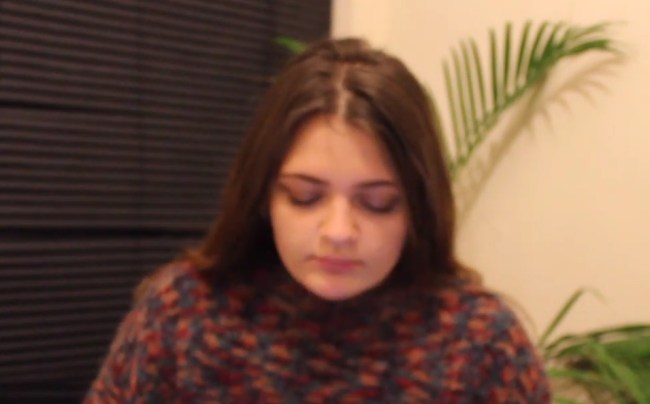 College is expensive. Sometimes working at the local Fuddruckers doesn’t pay the bills so you’ve got to get creative with your side hustle. One entrepreneurial young woman has found a way to make some decent coin in her spare time and it’s nothing to sneeze at.

Abi Haywood is a fine art foundation student at Leeds Arts University and she makes a handsome wage by sneezing. Really. Abi knows something we don’t because she is making hundreds of dollars by having guys pay her for the privilege of watching her sneeze. Really.

Abi uses the aptly-named moniker “Snotty Bitch” for her online personality that gets paid for sternutation. Abi started selling sneezing vids in January and by March she had made over $750, more than what she made from her part-time job. What was Sneezy of the Seven Dwarfs doing in the mines getting black lung, he could have been making a killing just by sneezing.

For Abi, allergy season is like Christmas for her as men drop hundreds of dollars on videos of her sneezing. Average videos cost $30, but the sneeze queen can make over $100 for ONE custom sneezing video. Gesundheit. Imagine being able to monetize having the flu?

Now Abi is a sneezing pro with her own tricks up her sleeve to encourage sneezing. She has a tool that she puts up her nose to stimulate sneezing. Soon enough she’s swimming in snot and cash. In one video, Abi sneezed 11 times in five minutes. In another one, she sneezed 37 times in three hours. Cash money.

Good luck fellas in your pursuit of a snot-soaked female, the Mucus Queen is yours.