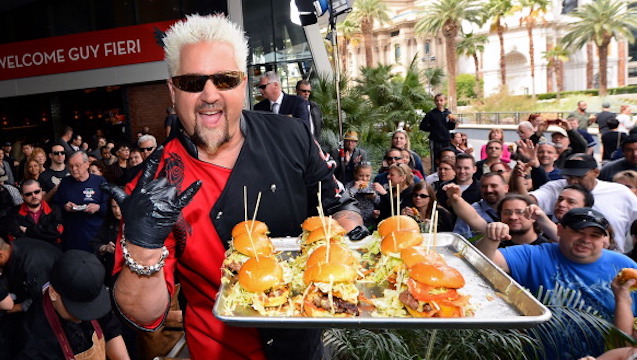 Back in December, I posted about comedian/screenwriter Jordan VanDina, who imagined what a movie would look like where Bill Murray and the Wu-Tang Clan gang up to steal Wu-Tang’s Once Upon a Time in Shaolin back from controversial capitalist Martin Shkreli.

One of the stars of that screenplay, as you might recall, is Guy Fieri — Triple D host, Smash Mouth superfan, owner of a yellow Jeep wrangler with flames, and celebrated Mayor of Flavortown.

Jordan thought it was time for Guy Fieri to star in his own movie, this time as the John McClane of Flavortown battling against a corporate takeover from Burger King. So he took it upon himself to write some fan fiction.

The logline alone is full of bold flavors:

Logline: Join Guy Fieri on his most important mission ever; to save the burger as we know it from the bland, tasteless, corporate takeover of the Burger King and save Flavortown in time for the annual “Guy Fieri Big Burgers and Big Tits Superbowl Tailgate.” 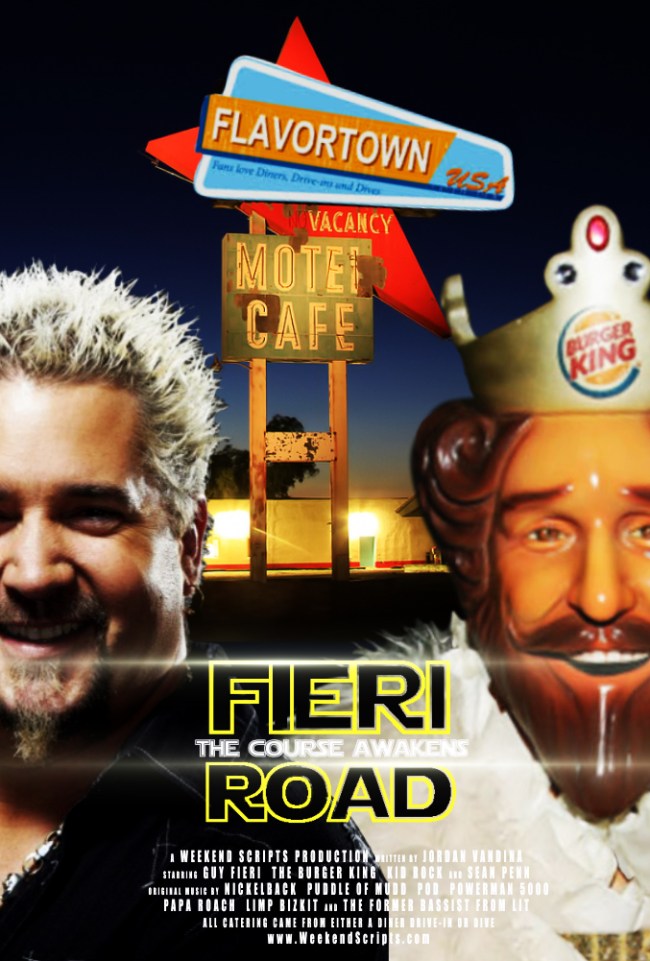 A few select scenes from this masterpiece.

For example, the scene where Guy finds out someone is a vegetarian: 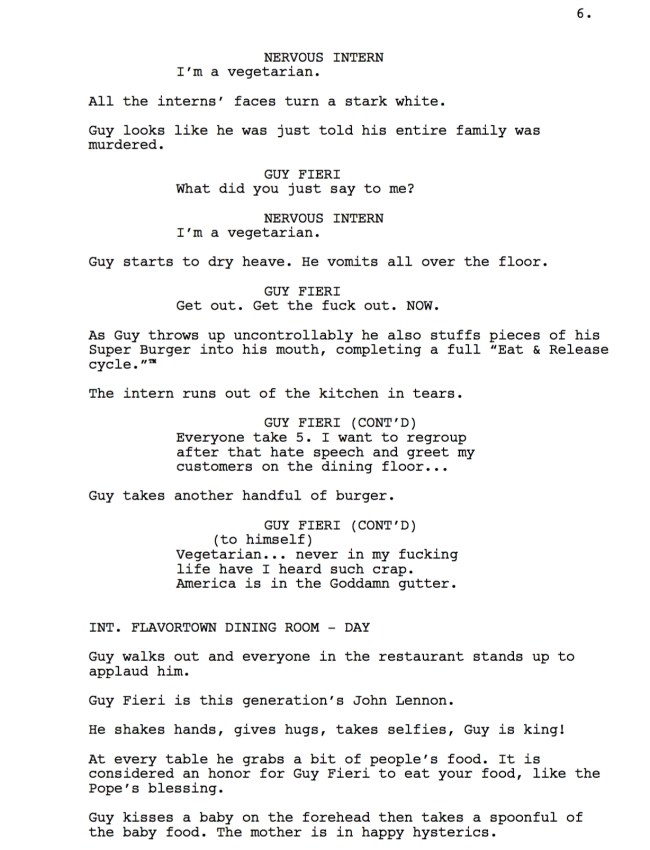 And this scene with Guy in the hospital: 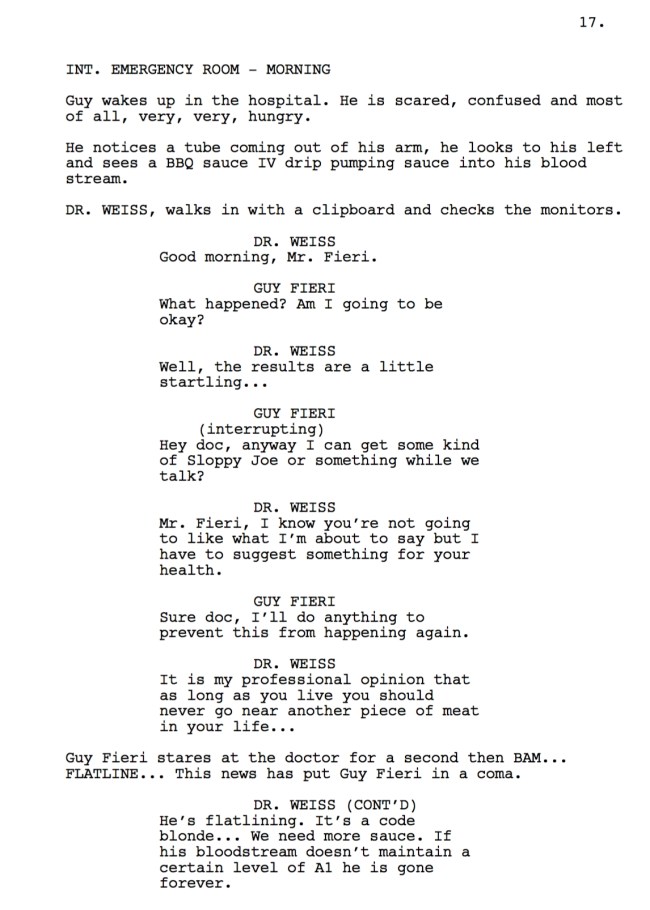 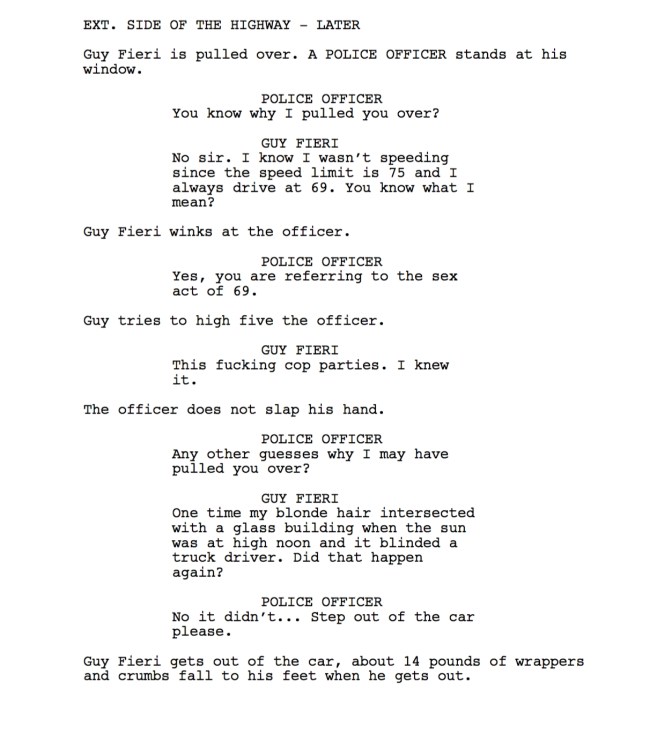 Read the whole script below. It’s a trip Flavor Town that will leave you in laugh-tears of donkey sauce.

Flip through it below or over at Jordan’s website.

For the love of chili-cheese dogs everywhere, can someone please make this movie?