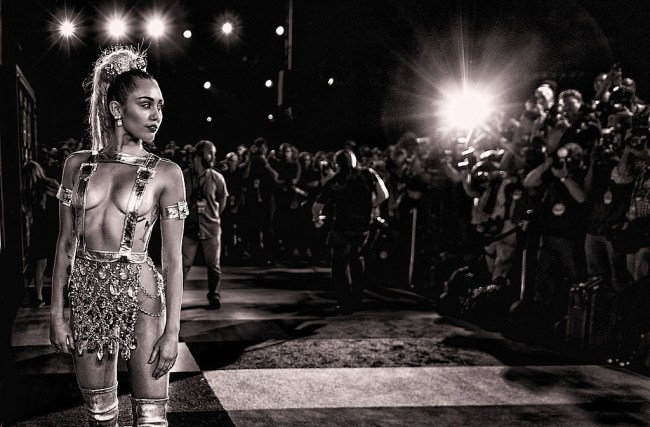 Finally, we now understand why Miley Cyrus acts the way she does now. She’s a clone! At least according to the conspiracy theory making it way around the internet.

No wonder she’s been acting so oddly and far different than her Hannah Montana personality. It’s not even her, just like President Donald Trump isn’t really him either! 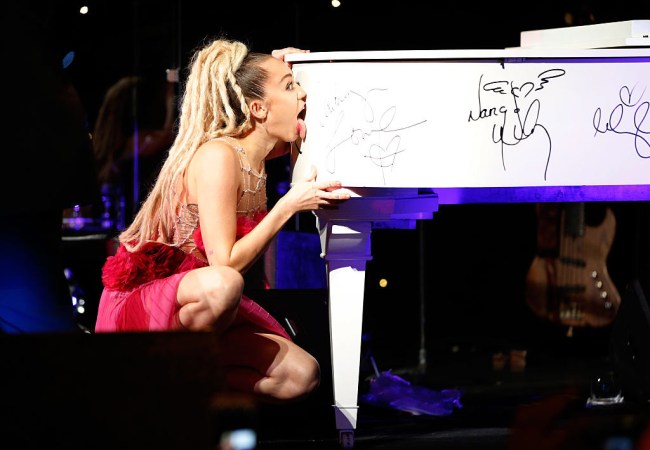 According to a fan conspiracy theory (and those are ALWAYS legit), in 2013 when Miley decided to ditch her squeaky clean image and started posing nude, smoking pot, doing molly, and generally going wild, Disney decided that enough was enough.

The theory claims that bosses at Disney were furious about the overhaul and forced to order her death in a bid to save their family brand.

While exact details of how Miley met her doom are up for debate, the most believed theory – yes people actually believe this – is that they dumped her body in the desert before cloning her.

One YouTuber even claims to have proof the Wrecking Ball hitmaker is actually “a confirmed Draco Reptilian Shapeshifter Hybrid”.

I guess Miley was just another victim of the The Illuminati’s Secret Celebrity Murder and Cloning Centers, much like Britney Spears, Eminem, Selena Gomez, Justin Bieber and others. 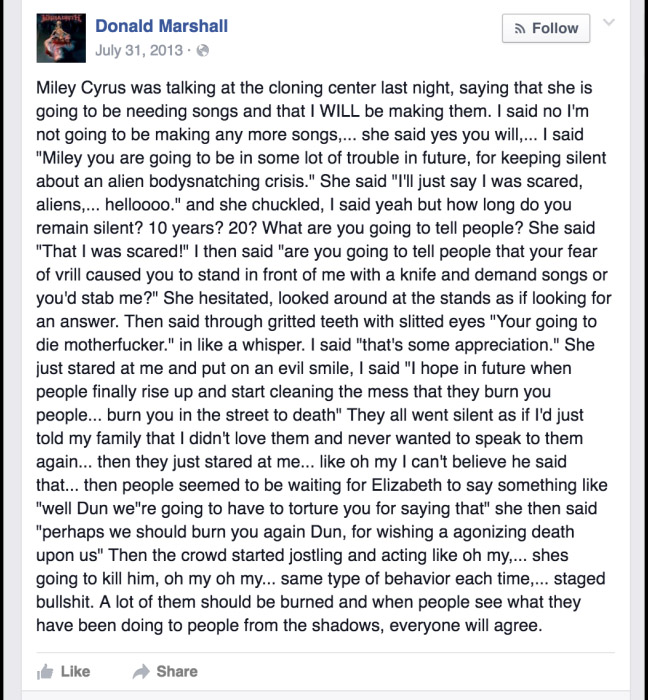 Everything makes so much more sense to me now.