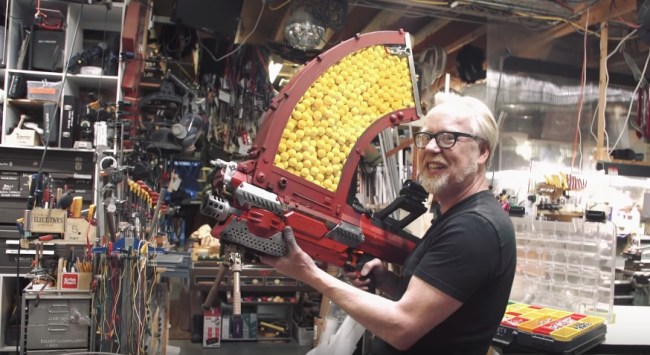 Over the course of only one day, Savage took a Nemesis MXVII-10K blaster and crafted it into an absolute nightmare by upgrading to a gigantic 1,000-round magazine. The preposterously amazing weapon has a cartoonish-like gravity-fed hopper and the gun looks like it’s straight from Gears of War or some other video game. This monster master blaster can spew foam ammo for two minutes straight leaving your enemies running from a tsunami of balls.

This spectacular blaster is the Nerf equivalent to this crazy paintball flamethrower that allowed one shooter to dominate a 2,000-person paintball battle.

We need to talk about common sense Nerf control.

Check out Adam’s other customized Nerf rifle that looks badass.