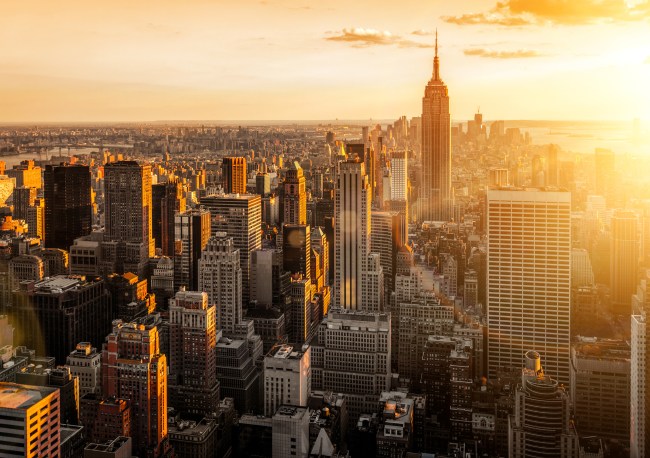 If you’re like Forrest Gump (after Lt. Dan invested in Apple) and don’t have to worry about money any more than there’s no finer place to live in the world than New York City. You could make an argument that London might be better because of it’s proximity to the best vacation spots of Europe but you’d be wrong, New York is the best.

The New York Experience for most millennials is living in a tiny multi-bedroom apartment and sharing it with several roommates. Eventually, a lot of these transplant millennials move out of the city in search of better living conditions. The ones who stay forever are typically people with family in the area or people who were successful enough to vastly improve their living conditions.

The tiny glimpse I got of what New York’s wealthiest live like was when me and five roommates were renting a ‘Fratirement Home’ on 80th and Lex in the Upper East Side. We had a 6-bedroom brownstone with a backyard that shared a fence with Madonna. Two doors down lived James Lipton from Inside The Actor Studio. We were the only non-single-family brownstone on the block and to this day I don’t know why that landlord rented us that house in our mid-20s. The place was WAAAAYYYYYYY too nice for us.

That house was valued at more than $10M but it has NOTHING on this 10-bedroom, 10-bathroom penthouse. The 45th floor duplex at the Atelier building is listed at $85 million and that might seem like A LOT for a penthouse but the perks go on and on. It comes with a 1-year private chef, a private butler, three exotic cars including two Rolls-Royce and a Lamborghini, a $1 million yacht.

That’s all pretty amazing but it doesn’t stop there. It also includes floor seats to the Nets at the Barclays Center, dinner for a year at Daniel, a Michelin-starred restaurant and one of the finest in the world, a Summer house in the Hamptons, and TWO tickets to outer space. Let’s check it out:

I’m having trouble adding up the value of all these perks. The tasting menu at Daniel is $234 per person, multiply that by two (presumably) and add that up for a year and you’ve got $170,820 worth of meals at a restaurant where getting a reservation is extremely difficult. The cars are expensive as shit. Renting a house in The Hamptons for the Summer can set you back tens of thousands of dollars per week.

This place is insane and I’m shocked that Elon Musk hasn’t swooped in and purchased it for himself yet because I can’t think of any other billionaire playboys who would be into a place like this.

The Atelier Building is on 42nd St. in Hell’s Kitchen which isn’t exactly the most desirable neighborhood in the city but it is home to my all-time favorite bar in New York, Barcelona Bar on 55th and 8th. They’ve got hundreds of different shots options including some theatric ones. Check it out next time you’re in the area and thank me later!