Best Video Cameras Of 2021 For Any Budget And Skill Level

#affiliate partners
BroBible may earn a commission if you buy a product or service via links in this article.
by Thomas HolmesMarch 23, 2021
Facebook Twitter Reddit Flipboard 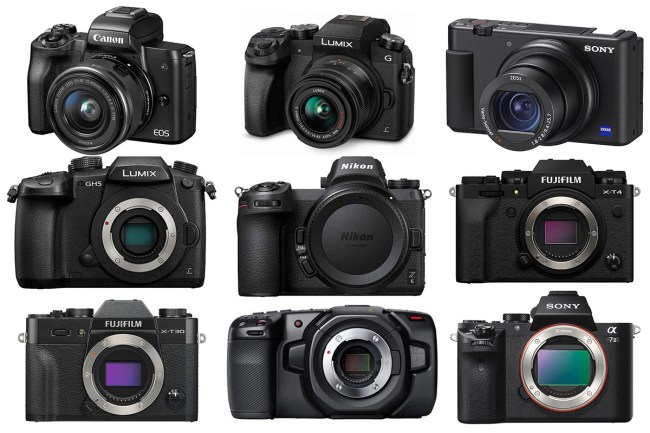 Looking to upgrade to a better video camera? Here are the best digital cameras for 2021 no matter much you’re looking to spend.

In this piece, I’m going to cover the best video cameras for every budget and skill level.

First, we’re getting into entry-level cameras. Especially at this price point, check out used cameras. As long as they are in good condition and sold by a reputable seller you can get a lot of cameras for the price.

At the $400 range out of the box, you’re looking at an entry-level camera that won’t be feature-rich but will be able to get you where you need to go. This is about the range of where I first bought my first real camera in school. 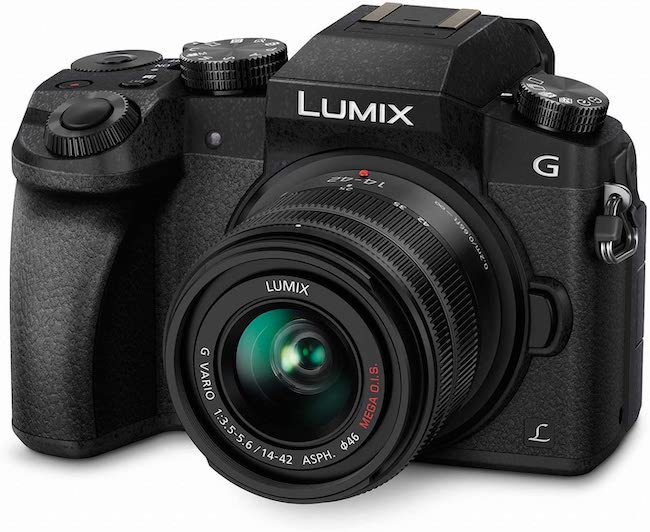 One of Panasonic’s entry-level interchangeable lens cameras. It has a fully articulating touch screen and a straightforward button layout.

You can shoot in 1080p up to 60p and 4K/UHD at 24p and 30p. It has built-in tools missing from some higher-end cameras like zebras and focus peaking which is helpful for exposing properly and keeping things in focus.

Like a lot of cameras at this range, the audio isn’t the greatest and there’s a recording limit (around 30 minutes). 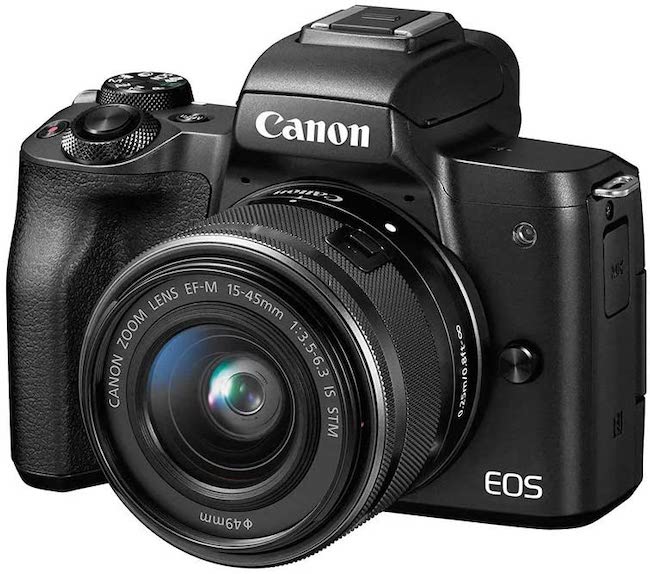 One of Canon’s mirrorless options boasts a bunch of user-friendly features. It shoots Ultra HD 4k for those who need the larger image.

As a bonus, it’s really easy to connect as a webcam. On the downside, the EF-M mount is a little annoying especially as Canon has moved towards the new R mount so you might want to look into an EF-M to EF adapter. 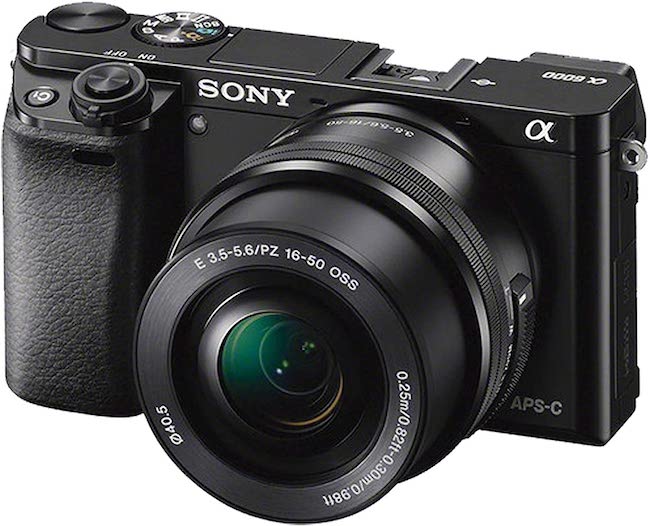 One of the major selling points of this camera is its autofocus which is incredibly powerful and useful.

You also get video tools like zebras and peaking. It’s not the most impressive image and the audio options are relatively weak, but Sony’s E-mount lens system does allow you for a variety of lens options that will last you past this camera.

In addition, its small size makes this a very attractive option for those who travel as it’s an easy camera to pack away. 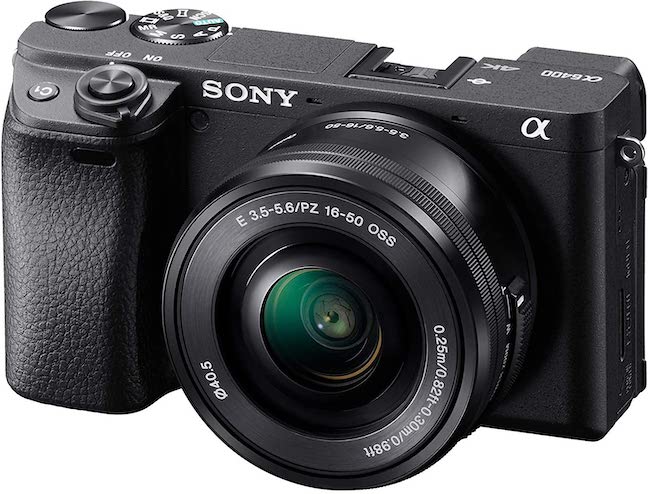 A good camera for vlogging that also has some more professional features. You can shoot 4k in 24p and with a crop at 30p. 1080p can be shot up to 240p (though it does crop in on the sensor).

Unlike previous models in the a6000 series, there’s no recording limit. There’s a flip-up screen meant for vlogging and touch screen-based autofocus.

You also get sony’s log color spaces as well as zebras and focus peaking tools.

The downside here is the lack of headphone jack and rolling shutter (jello-cam) issues. 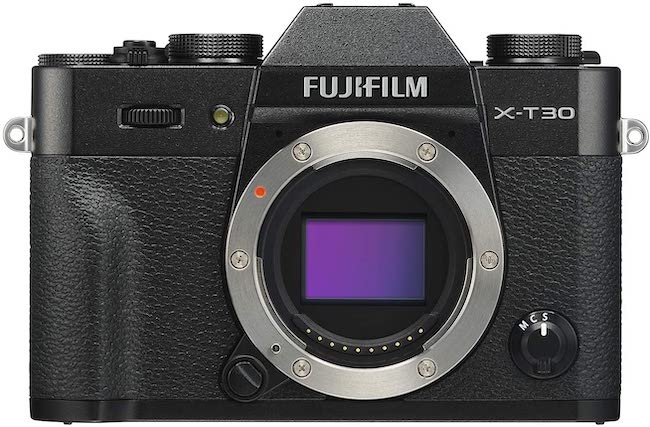 You also get F-log and can output 4:2:2 10-bit to an external recorder. In terms of video tools, you have zebras, audio level controls for internal and external mics, and Fuji’s film simulations which are based on the company’s old film stocks. It also has decent autofocus that does track faces.

It has webcam functionality which really is a great way to make your Zoom calls look significantly better. 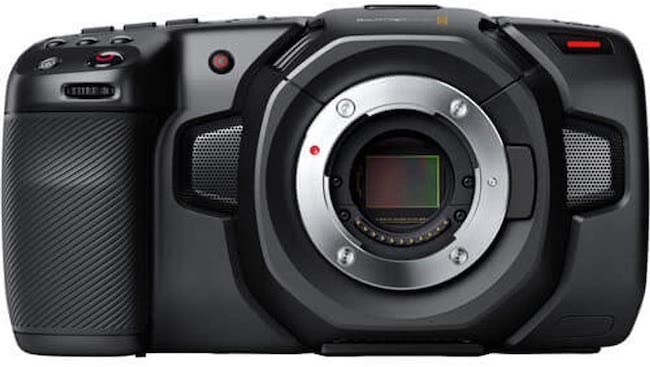 One of the best “image” cameras on this list. The image you get out of the Blackmagic Pocket Cinema 4k is pretty fantastic.

Between Blackmagic’s color science options to record to prores and raw in-camera, your image quality is incredibly high for a fairly small camera. The dual native iso of 400 and 3200 is a drastic improvement from the original pocket cinema and the mini XLR allows for pretty easy audio recording.

The micro four-thirds mount adapts to pretty much anything, the touch screen menus are fairly intuitive, and you get a copy of Davinci Resolve with your purchase, which is the industry standard for color correction and not too shabby for everyday editing.

Buyer beware though, this isn’t a beginner’s camera.

First off the autofocus…well don’t use it, it’s trash. In addition to some features which are overkill for most users, building out this camera adds up. CFast cards are hideously expensive (you can use SD cards but they will not work for all the modes) and while you can record right to an SSD like the Samsung T5, you’ll probably want to buy a cage to keep things neat.

In addition, the battery life is okay, but not great and an external certainly can add up. 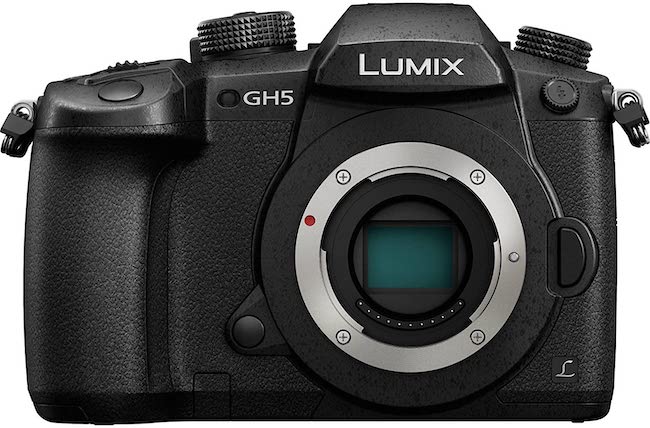 I mentioned the GH4 in the last section. The GH5 builds on that with features like 4k at 30 frames per second and 4:2:2 10 bit color in-camera.

The in-body stabilization is a key feature of the camera, which is helpful when capturing handheld shots.

A key feature of the GH5 and the GH4 for that matter is that their interfaces are targeted towards video shooters even though it comes in a still camera package. The autofocus is not so great though. 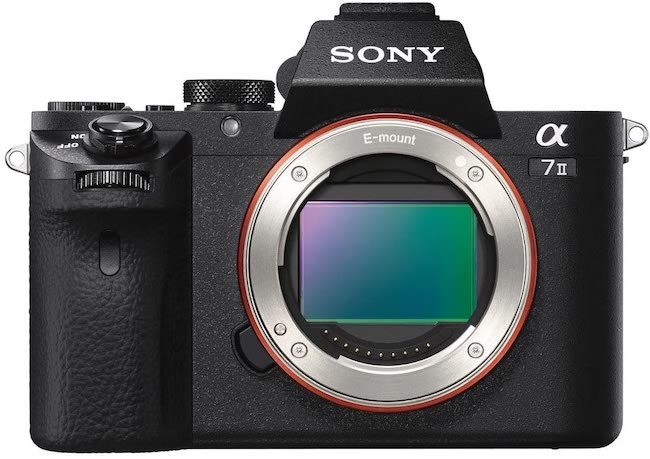 While the A7s III is fantastic, the A7s II is nothing to scoff at. It’s still one of the strongest low light cameras, very gimbal friendly, and the e-mount is one of the most adaptable lens mounts, so as long as you don’t mind paying for an adapter you can use virtually any lens.

The menus are terrible though, but still worth the extra digging for what the camera can give you. You can snag one of these for around 1k, there are some in good condition as low as $750 out there. 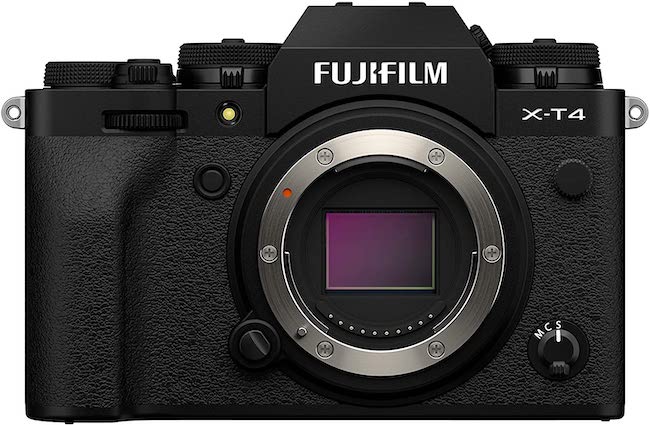 Fuji has quietly been making some really great cameras.

The XT-4 is an excellent camera for someone who wants to shoot stills and video. It comes with a bunch of color profile options including a log color space and emulations of some of Fuji’s more famous film stocks.

It doesn’t hurt that it has a cool vintage vibe to it as well.

It shoots up to 4K UHD or DCI at 60p and you can shoot up to 240p in 1080p which will give you absurdly slow, slow motion. It also has 5 axis body stabilization to help smooth out your handheld movements.

You aren’t going to get some of the more professional options in terms of scopes and you need an adaptor to attach headphones into the camera. 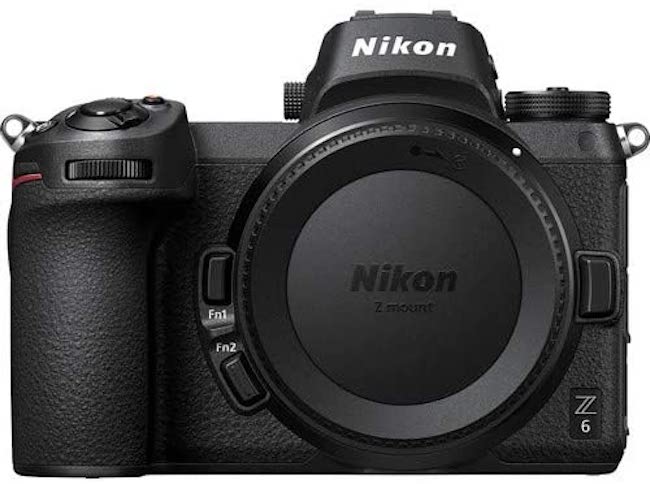 I’ll admit that it feels weird to put Nikon on here. They are a fantastic company but have kind of been a dodgy choice in the film world.

Not that they were ever bad at it, but between the focus being backward, and the marketing themselves far more towards photography it’s not really been a brand I’ve ever considered, but their new mirrorless cameras are really worth a look.

There’s also an option to send log out to an external recorder 4:2:2 10-bit which gives you broadcast acceptable and very color gradable options.

Also, this is still a photo camera, so even for those of you who shoot stills, you’re not sacrificing anything here.

The Z6ii is also on its way offering a few additions such as 4k at 60p instead of maxing out at 30p and slightly longer battery life for about 500 bucks more.

I like Canon as a beginner brand in general.

There’s a reason they’re so popular in schools: they have really straightforward menus, a distinct lack of strange names for things, or overly specific things that will trip you up with your next camera.

The EF mount is readily available and even if you switch to a Sony, or a micro four-thirds camera in the future you will be able to use your lenses.

Aside from Canon, Sony makes some great cameras, some with better features than Canon, but you certainly are going to run into more quirks and menu digging.

The a6000 would be my choice here as it’s relatively affordable used and has really solid autofocus.

I’ll also throw in the GH4 as an option for someone who knows they want to produce video content. At the current price, it’s a steal. If you can find one in used condition even better.

This pretty much breaks every rule I put out here, but for vlogging this is a killer camera.

It’s really meant to be used as a vlog camera. This is a perfect camera for filming by yourself. You get excellent autofocus and fully articulating screen that flips out to face you.

The built-in microphone works very well. You max out recording in 4K at 30 frames per second. You can also connect the ZV-1 via usb to your computer to use as a webcam.

On the downside you’re stuck with the built-in 24-70 range lens (which is pretty fast at a 1.8-2.8 aperture so it could be worse as you’ll get a nice defocused background), it has a short battery life and there is no headphone jack.

Despite this fact, the Sony ZV-1 remains at the top of its class for vlogging and content creation.