This Levitating Whiskey Tumbler Is The Coolest Drinking Accessory Of 2019 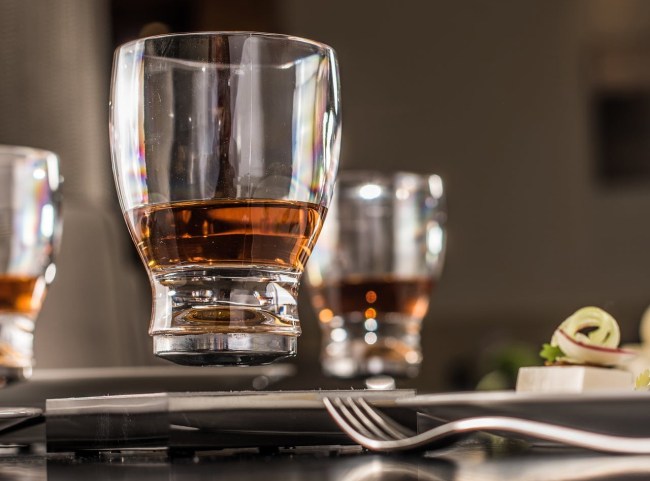 Are you or someone you know the type of guy who has everything? This is the hardest type of person in the world to shop for because you usually have to psychoanalyze them to come up with a list of items that they’ll love but don’t know it yet. That, or you buy the latest and greatest gift before they have a chance to purchase it themselves. Obviously, I’m talking about the Levitating X Whiskey Cup here.

I’m a pretty difficult person to shop for around the holidays because if I want/need something I go out and get it before my family has a chance to. I’m not like Ariana Grande in that song where she buys everything on the goddamn planet “I want it, I got it” but if I need/want something and it’s reasonable I’ll go out and get it. Now I’ve got the Levitating X Whiskey Cup within in my sights. 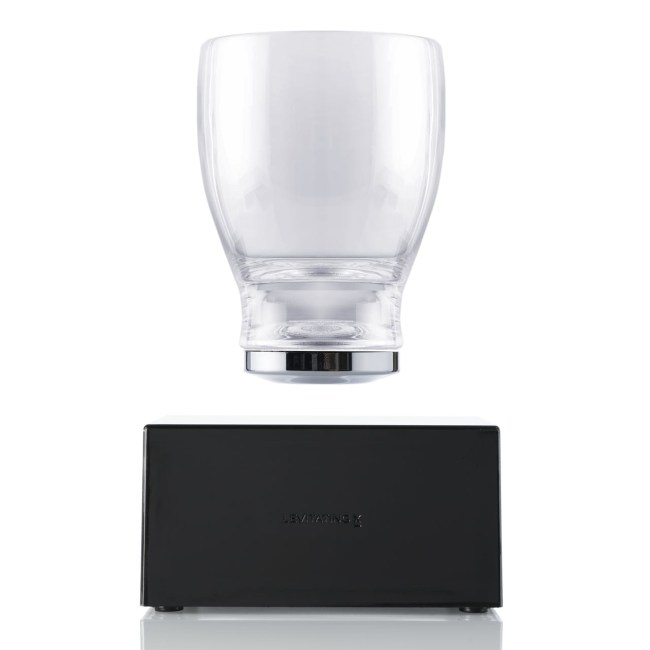 This Whiskey Cup literally floats in mid-air and it’s designed to stay floating even when the base is moved and jostled. It’s a dishwasher-safe cup made from shatterproof plastic and the Levitating X Whiskey Cup is not just for whiskey, it also works great for beer, wine, soda, coffee, ice cream, etc. You can choose whatever you want to drink (or eat?) out of this cup while it floats in mid-air, you’re the master of your own realm.

The Levitating X Whiskey Cup is currently on sale over on Huckberry and marked down $20 for a limited time so you can pick it up and save some money before it’s gone. This is a PERFECT cup to throw on your desk or in your bachelor pad because it’s a great conversation starter. 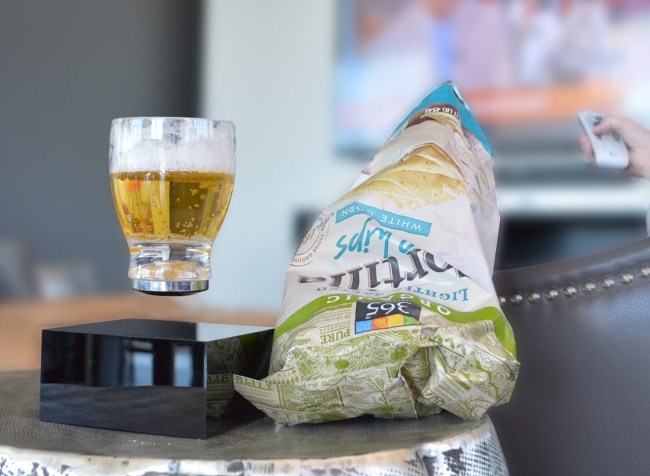 The Levitating X Whiskey Cup set comes with the shatterproof cup and the sleek black magnetic base. The cup itself hovers several inches above the base which is alot cooler than anything I’ve seen before that’s similar to this.

If you’re interested in picking up the Levitating X Whiskey Cup today you can follow the ‘shop now’ button below or any of the links above!