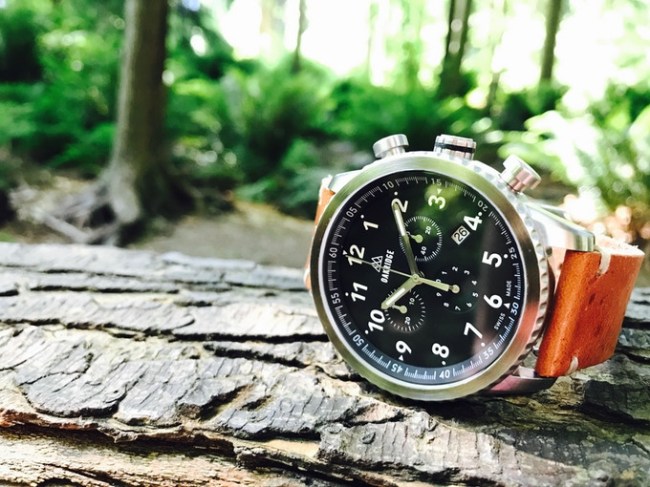 No offense to the OG Swiss watchmakers like Tag Heuer, Rolex, and Omega, but you don’t need to drop a couple grand just to have a handsome Swiss watch. Tissot makes wonderful timepieces with Swiss quartz that you can grab under $200. Same with Victronix, the original Swiss Army watch.

A newcomer to the space is The Oakridge, a Swiss-field watch created by two Vancouver-based entrepreneurs.

It’s a funny story that begins with a toilet, a cheap watch, and a flight from Hong Kong to Shanghai. Rick and Dan were on separate legs of a backpacking trip through Asia, with plans to meet in Shanghai. Rick was still in Hong Kong with other friends, and on a particularly rowdy night exploring the sights and sounds the city has to offer, Rick dropped his phone in a toilet. The phone was dead. Fearful of not having a working alarm to wake him up to catch the flight to Shanghai in the morning, Rick bought a cheap watch from one of the only stalls still open in a nearby market. You can guess where this is going: the watch’s time was stuck at 4am and Rick didn’t wake in time to catch his flight to meet up with Dan. But when life gave us lemons, we made lemonade. Our love of adventure and men’s fashion, combined with this backpacking-mishap, encouraged us to take the first step in establishing our position as Vancouver’s watch company, embodying the spirit of the pacific northwest. We want to deliver the best possible product that reflects our – and your – way of life.

Inspired by a Pacific Northwest lifestyle, The Oakridge checks off all the boxes of being a Swiss-made watch: It’s Swiss-cased with Swiss movement, with a Swiss-based manufacturer giving the final inspection of the timepiece before its delivered to consumers.

The project is funded on Kickstarter, with a week to go. Throw it support now before it hits retailers at a much higher price point. 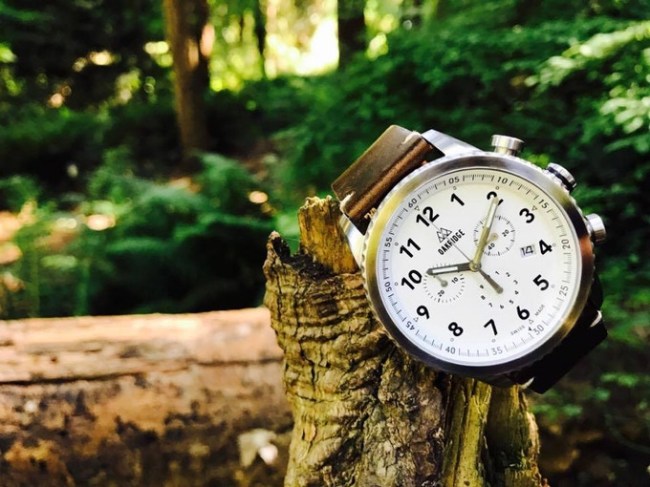 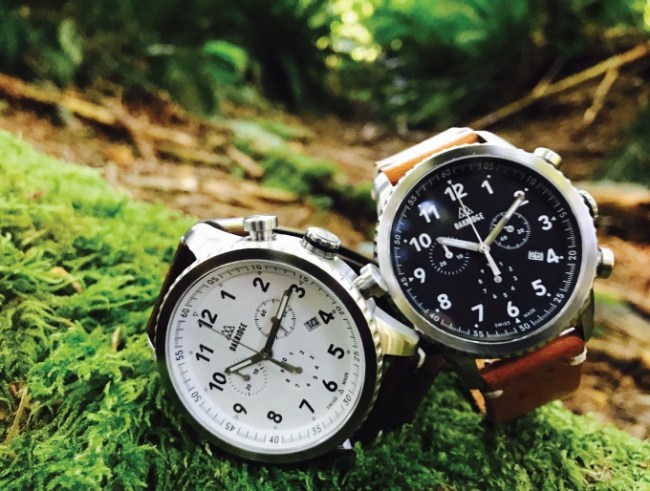 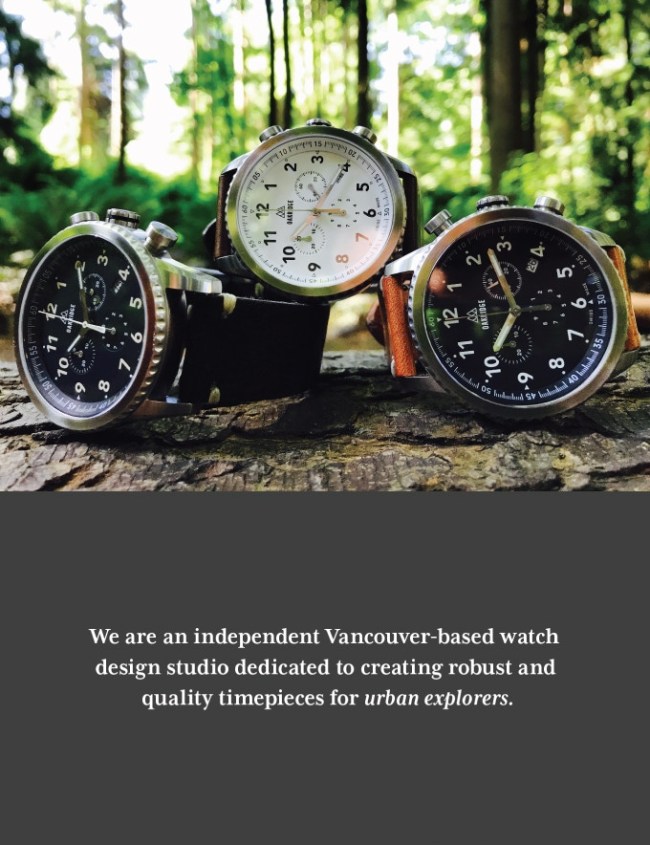 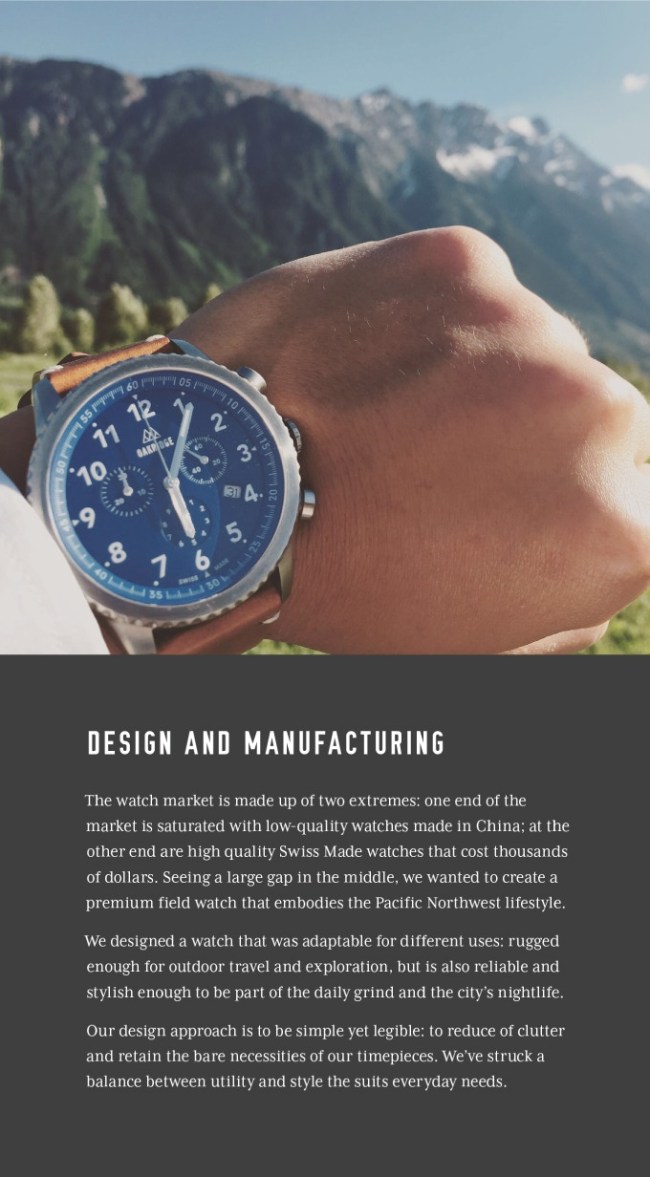 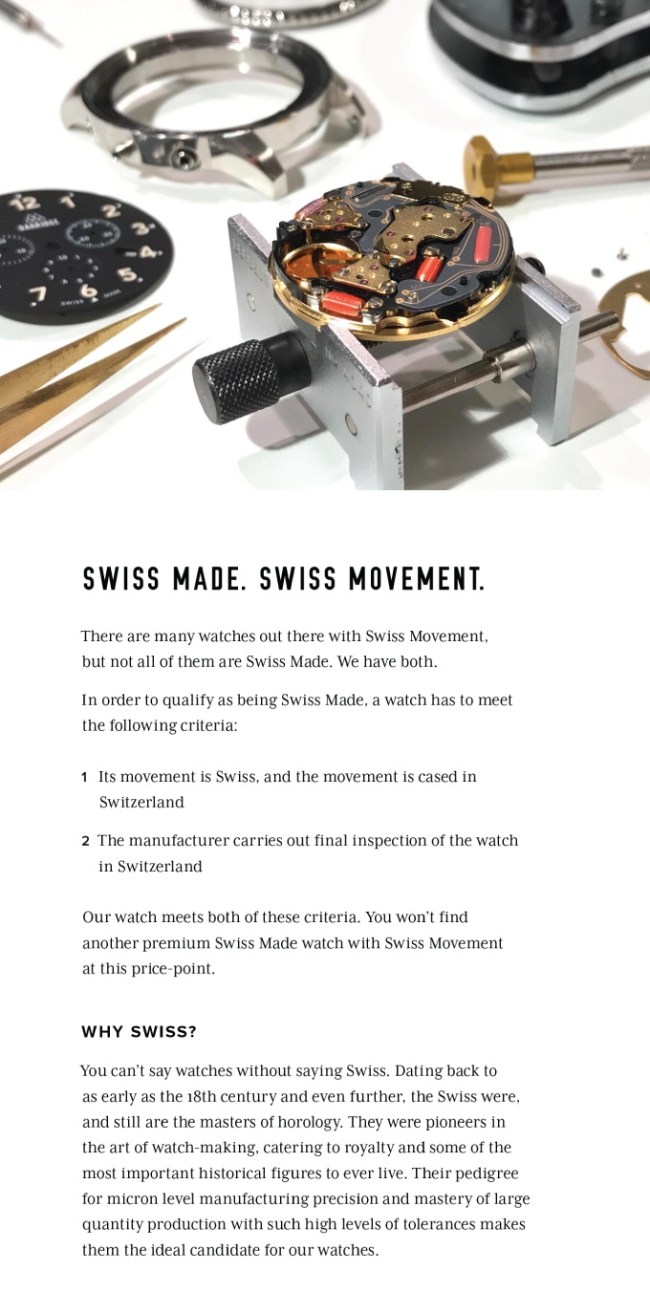 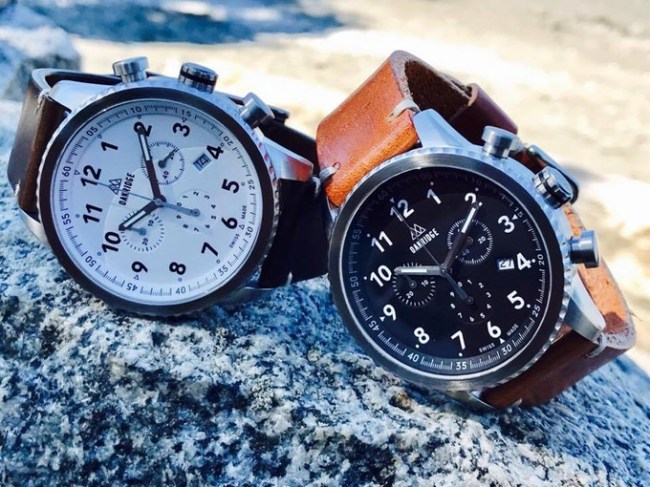