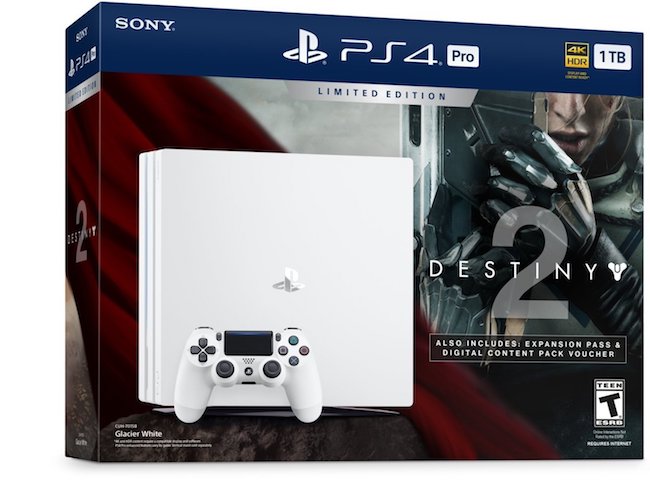 Forget Black Friday deals. They don’t happen on just Black Friday anymore. They start the week before Thanksgiving and continue until Christmas. This PlayStation 4 Pro Limited Edition Console With Destiny 2 is a perfect example.

From the makers of the acclaimed hit game Destiny, comes the much-anticipated sequel. An action shooter that takes you on an epic journey across the solar system. Humanity’s last safe city has fallen to an overwhelming invasion force, led by Ghaul, the imposing commander of the brutal Red Legion. He has stripped the city’s Guardians of their power, and forced the survivors to flee.

You will venture to mysterious, unexplored worlds of our solar system to discover an arsenal of weapons and devastating new combat abilities. To defeat the Red Legion and confront Ghaul, you must reunite humanity’s scattered heroes, stand together, and fight back to reclaim our home.

Destiny 2 players on PS4 will have access to bonus content before it’s available anywhere else AND it’s $100 off. Jump on this, now!