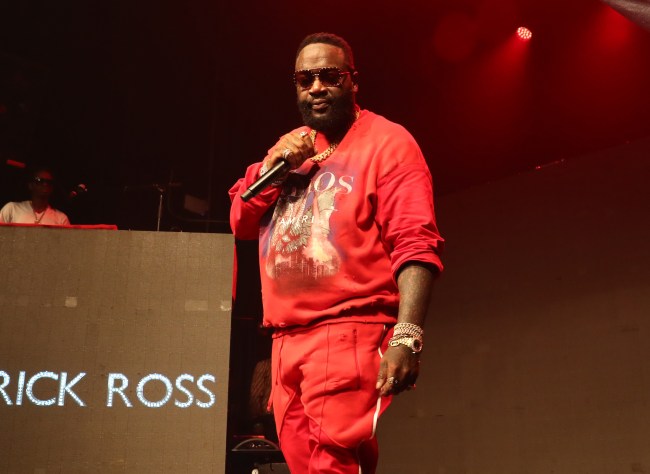 Rick Ross is a wealthy man. He’s a rapper, entrepreneur, record executive, and he has an estimated net worth of that’d said to be at least $40 million but quite possibly a lot more.

For the latest episode of Complex Closets, Rick Ross has opened the doors to his Atlanta mansion with over 100 rooms. They’re careful not to say where in the ATL this outrageous piece of property is but they give us an inside look at how this Hip-Hop mogul lives.

Rickie Rozay shows off his extensive collection of rare sneakers which have been meticulously organized in closets since the last time he showed off his collection. He also gives a tour of his badass car collection and other parts of the house. If you have ever wondered what it’s like to be a Hop-Hop multi-millionaire living in Atlanta, this might be the closest look you’ll ever get to:

I say this every couple of months here on BroBible but videos like this make me miss Cribs on MTV. It’s a shame they didn’t just launch an entire TV channel devoted to that concept because it was one of the few things that actually tied MTV (MUSIC TELEVISION) to the music industry.

Even if the show wasn’t about music, it was an intimate look at the lives of the most famous people in the music industry and the only place we get that now is on the Complex YouTube channel.