Is ‘Shut Ball’ The Next Great Summer Beach, Backyard, And Tailgating Game? 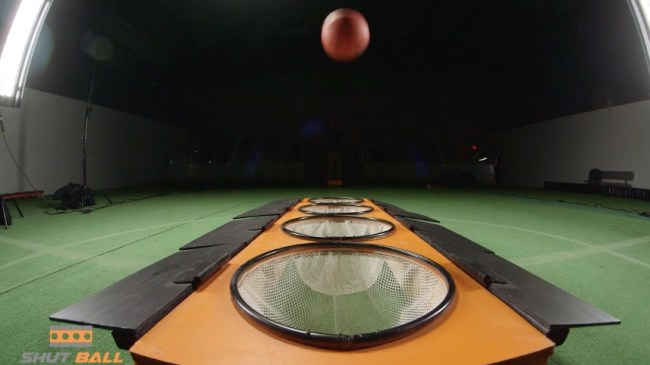 This year there’s a new player in the backyard, beach, and tailgating game space: Shut Ball, a basketball yard game that’s like pop-a-shot meets cornhole. Shut Bull is the brainchild of a Bro named Brett from day party capital of Buffalo, New York. The idea is simple: Throw a jump shot (…or granny-style it) at a board of hoops and shut the door on it when you make one – like removing a beer pong cup from a table.

Similar to Chippo, the world’s first basketball-themed lawn game is trying to take off on Kickstarter. You can throw it support and grab a set HERE.

There are two distinct games that can be played with a set:

Objective:  To close out the board

If playing with two teammates

This game is played in relay style fashion. Your partner is now standing at the opposite board across from you with your opponents next to you.

Objective: To close out both boards as fast as you can.