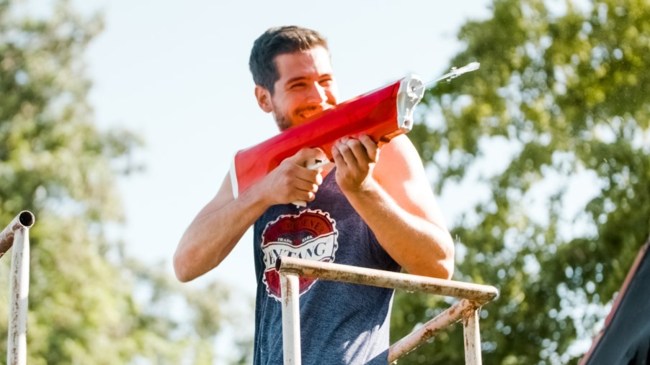 Water gun fights are a good time, especially in the dog days of summer when you’re chillin’ by the pool, throwing back margs and playing a little Kan Jam. Nerf has basically cornered the entire market for water guns with Super Soakers, which haven’t really evolved the concept of the summer fun aqua blaster for at least 25 years.

If you’re trying to take your water gun game to the next level, consider the Spyra. It calls itself “the next generation of water guns” because it fires in short bursts rather than a long, pressurized stream. The toy looks like a blasters from a video game rather than your typical tank + pump combo. Just check it out:

It blasts about one once of water per burst instead of soaking someone, with a range of about 25 feet. It also refills in a pool, lake, or bucket without having to mess around with a tank.

Pretty revolutionary stuff, if you’re patient enough for the Kickstarter to meet it’s delivery date for a new toy. The estimated delivery is in August 2019, so you’re going to have to wait a whole year to get your hands on the Tesla of water guns. 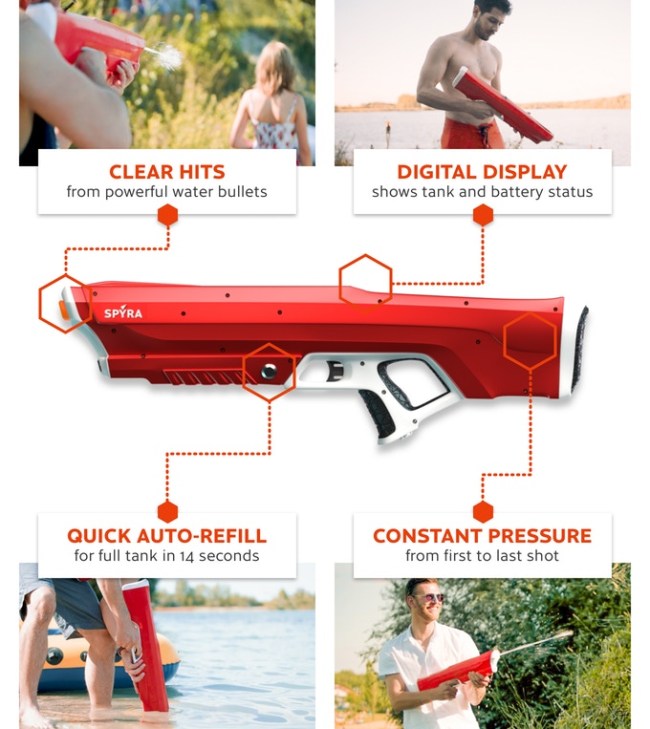 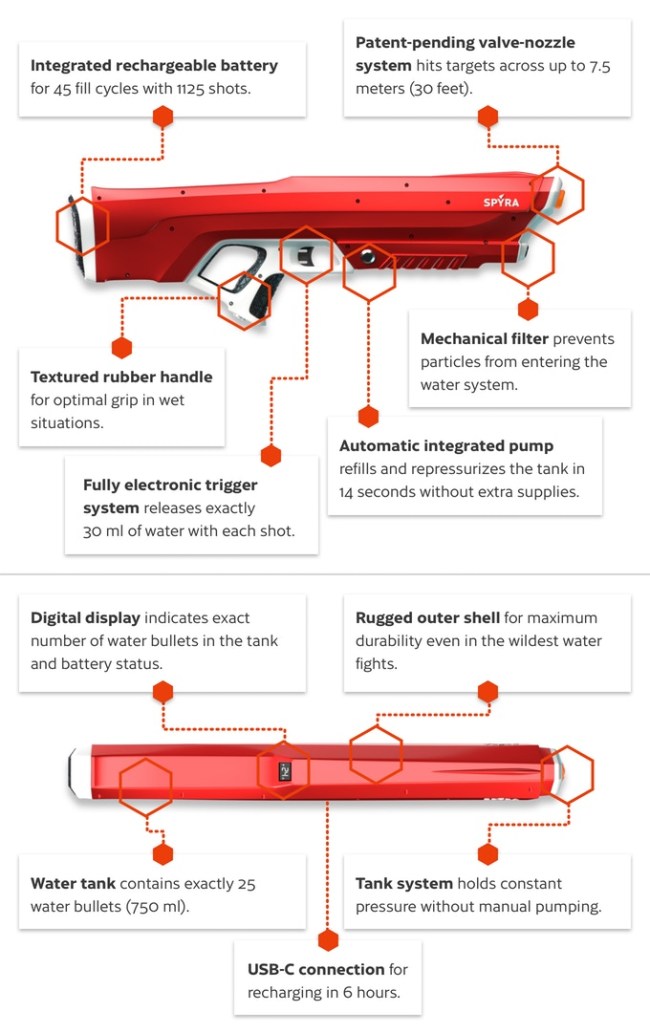 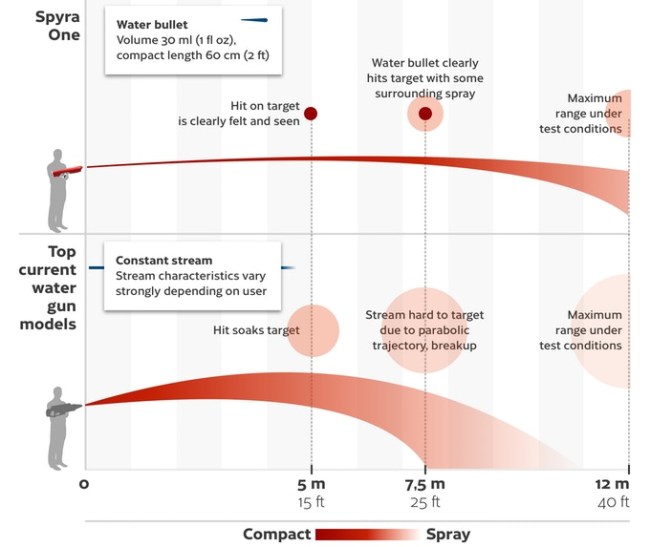