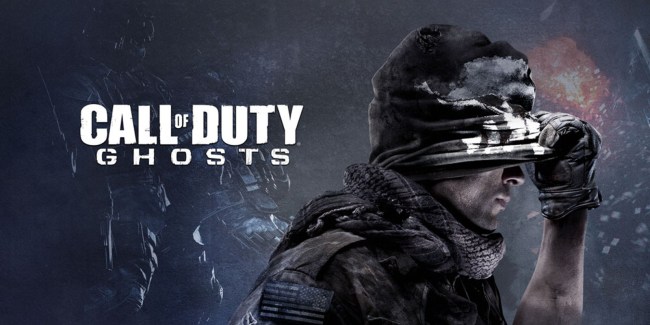 Universal truth about shopping for Bros who love video games: It’s next to impossible to know what they need unless you ask them. This year, however, since Tis the Season for Next-Gen Everything, the options for video game gifts are boundless.

But yuletide cheer doesn’t necessarily have to come in the form of a flashy new Xbox One or Playstation 4; there are some pretty neat goodies out there for the Xbox 360 and PS3 that many-a Bro wouldn’t mind unwrapping over the holidays.

1. Xbox One or Playstation 4

After years of hype, next gen console systems are finally here in all its’ futuristic  glory. No matter what your system-of-choice is, your guaranteed gameplay that is stunningly realistic and a new generation of multiplayer gaming that is lightning fast.

If you’re serious about your multiplayer experience, you need a headset that helps you up your game. With it’s seemingly-infinite customization options, Turtle Beach’s Ear Force XP SEVEN is the best headset in the game for serious C.o.D.ers. The Ear Force XP SEVEN is the official headset of Major League Gaming thanks to built-in Dolby® Surround Sound and the ability to change audio pre-sets for game, chat, and mic signals in the middle of gaming.

Gamers, tell me this hasn’t happened to you: You’re in the zone, blasting away blasting away at the aliens or zombies. Minutes of playing magically turn into hours. You take a break, grab your phone, and notice six missed calls from your girlfriend, along with multiple angry “where r u?!?!?!” texts. You’re in the doghouse. The Nyko Smart Clip attaches your smart phone to your Xbox One or PS4 controller so you won’t miss those nagging texts while you’re in the zone. Also, if you’re significant other-less, it makes it all the easier for browsing the Internet for walkthroughs, gameplay vids, and codes.

Buy it for Xbox One here and PS4 here.

It’s a time-honored pastime for millions of Bros around the world: Come home from class or work, warm up a Hot Pocket, and pick-up the Xbox or Playstation controllers to skirmish with your buddies in a Call of Duty multi-player match. Call of Duty: Ghosts is an extraordinary step forward for Activision’s flagship first-person-shooter franchise. The next-generation of C.o.D. lives up to the hype, too, providing an elaborate multiplayer platform that features all sorts of bells and whistles compared to the last few generations of the game. There are more customization options for your soldiers, along with cool new perks, bigger maps, and new multiplayer modes in addition to fan favorites like Team Deathmatch, Kill Confirmed and Domination, including a new “Squads” mode which allows players of all skill levels to build the perfect AI-controlled unit and pit it against other. Also, the Killstreaks are sicker than ever are sicker than ever, including the much-buzzed about Guard Dog that alerts you to opponents and attacks them within close proximity and Juggernaut Maniac mode, where a phantom-like solider flies across the map, stabbing your enemies like a mad man.

If you’re feeling generous and/or you’re buying for a serious C.o.D.er, pair it up with the Season Pass, which gives that special gamer in your life access to all four epic DLC map packs in 2014 as well as bonus in-game digital content playable right away. Unfortunately, upping your trash talk game is not included.

Fact: Bros love a throwback. Plus, as a gamer, you can never have too much hard drive space, amirite? 8BitMemory’s USB hard drives are an awesome blast from the past, tricking out old school Nintendo console games into high capacity hard drives. Comes in 500 GBs, 750 GBs, 1 Terabyte, or 1.5 Terabytes.

If your first-person shooter game is fledgling because your shots are all over the place, you NEED to practice your game with the Hip Shot Dot. This incredibly simple device allows gamers to acquire targets faster and more accurately, improving the gamer’s response time and accuracy. Think of it as a stable cross hair for your console controller. You simply attach the red LED suction cup to your TV and blast away. You’ll be shocked by how much your game improves.

Stay clean between those marathon video game binges, Bros. When you’ve been surviving off nothing but pizza rolls and Mt. Dew for a weekend, your B.O. gets especially nasty. These cool game controller soaps ought to do the trick at keeping your hygiene leveled up.

Your video game addiction isn’t real until you have a game-changing gamer chair with built-in speakers for a surround sound experience. It’s compatible with every major gaming system and includes a control panel to adjust audio levels. X Rocker chairs are ergonomic and plush while offering full back support. They built-in subwoofer will also change how you experience C.o.D. multiplayer.

The factory controller your new Xbox One or PS4 comes with is so…. basic. Don’t be a basic bro. These days it’s all about tricking your controller out into something that matches your game. For the very best in the biz, check out Evil Controller’s options of custom mod jobs.

You’re going to want to wrap yourself up in something during those long nights of gaming when it’s cold outside. Why not a handmade afghan that’s a tribute to old school video game classics? Petree Garcia’s 8-bit Crochets are the ultimate gamer blankets, including designs that are inspired by Legend of Zelda, Super Mario Brothers, Space Invaders, and Pac Man.

11. Nyko Charging Base for Xbox One or Playstation 4

There is nothing worse than running out of controller juice mid-battle. With the Nyko Charging Base, you’ll be able to keep two controllers juiced with battery power for your next marathon gaming sesh.

Ever want to take your Xbox or Playstation with you on a roadtrip or over to your girlfriend’s house? You’re probably reluctant to unplug the thing and throw it in the back of your car without some sort of protection for your system. The Vanguard allows you to simply slide your system into a cushioned case. Once you plug it in, the HDMI cables from your system hook into an LED monitor attached to the case. Game where ever you want, Bros.

Most people who game on a console probably dabble with gaming on a mobile device, too. The Moga Pro power controller gives you the finesse and control you have with your console system for your phone or tablet. Also, when juiced up, It acts as a secondary charging device for your phone, so you’re sorta killing two birds with one stone.

As any gamer will tell you, this is the gift that keeps on giving. Campaigns are great and all, but online multiplayer is where it’s at for a true interactive experience these days. Xbox Live Gold and Playstation Plus are the barriers of entry for getting the most out of your gaming experience.

Sitting on a cool $45,000 to fuel that gaming habit? Do you have video game skills that rival J.P.’s from Grandma’s Boy? This is the only work station you need. Hook your Xbox or Playstation into an Emperor 200 and you’ll have the most immersive, mind-blowing gaming experience you’ve ever had. This bad boy includes touch screen control center, air filtering system, light therapy, electric powered leather seat, up to 3 x 27″ LED screens, and a breathtaking sound.

If only it had a mini-fridge.

The ultimate ugly Christmas sweater to wear when you’re ready to tune your family out this holiday season and play with your new video game toys. Happy gaming!