How to make your own Whiskey Hot Sauce 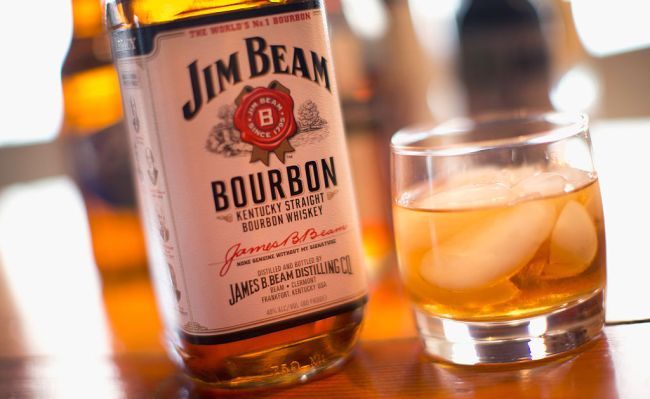 Hot sauce has been the fastest growing condiment in the U.S. for over a decade. Don’t just stick to Sriracha and Cholula though, make your own. Not only can you control the heat, but you can also add whiskey!

It’s been over a week since I made something with booze in it so I wanted to make amends. All three Guyism Grill posts this week will be booze-laden condiments. For once you can have more than just a one night stand with the recipes you discovered here! Make them once and use them repeatedly.

Check out more recipes from the Guyism Grill.

I wanted the hot sauce to lead the way with the whiskey acting as a complement so I used Jacob’s Ghost from Jim Beam. It’s only aged a year so you don’t get a million different flavors trying to compete with the heat. This lets it provide a different sort of kick without getting in the way of the natural pepper flavor.

Speaking of peppers, I went with habaneros because I’m a badass. OK, that’s completely untrue. I’m just trying to boost my heat tolerance. Feel free to use the peppers that match your level of spice appreciation. Might I suggest the Trinidad Scorpion Pepper?

It turns out making hot sauce really isn’t all that difficult. Chop up some peppers, carrots, and onions then simmer. Throw in a few more ingredients, including the whiskey, and simmer some more. All that’s left to do is throw it in the blender. It really doesn’t get much easier than that.

The toughest part about the process is not getting the peppers on your hands because you’re going to have a bad day if you do. Pretty much anything you touch will burn. I don’t keep gloves around the house so I used two Ziplock bags. Wait, is that a life hack? Am I being helpful for once? Ignore that please.

VROOOOOM! I can’t think of the last time I used my blender. I’m not big on frozen drinks, and I don’t make smoothies, so it pretty much just sits on the shelf with all the other dumb shit I’ve bought. Luckily for my sweat glands it still worked.

Obviously there’s no reason to use three little jars as opposed to one big jar (or bottle), I just didn’t have one. Maybe I’ll be a nice guy and give the other two away. I doubt it though. That just doesn’t sound like me.

This recipe came from super woman Georgia Pellegrini. I swapped the Serrano peppers for habanero, used Jacob’s Ghost, and stuck with molasses instead of brown sugar. Other than that we’re two peas in a chili pod.