Blindfolded Martial Arts ‘Master’ Misses His Target, Smashes A Dude In The Head With A Sledgehammer 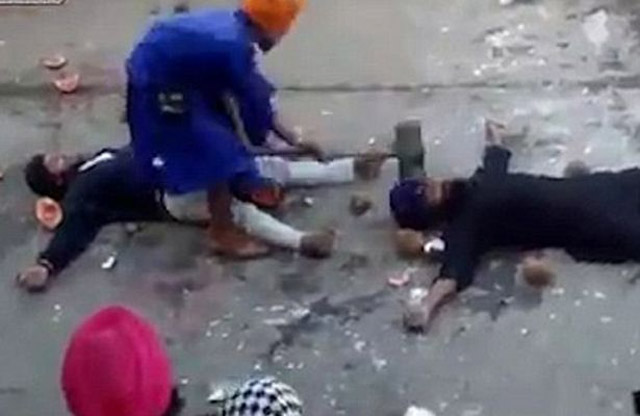 File this one under “And you thought you were having a bad day?”

Watch as reportedly during a Sikh festival in southern India a blindfolded martial arts “master” takes on the challenge of smashing objects set up around a couple of volunteers with a sledgehammer. What this performance has to do with martial arts is a mystery, but it’s really not important here.

Dude starts out a little slow, missing his first couple of targets, but then he connects with one and seems to be getting into a groove.

He even manages to nail one object set precariously close to one of his volunteer’s family jewels.

After those successes, dude moves on to volunteer number two and, OHHHHHHHHHHH, yeah, that is DEFINITELY going to leave a mark.