Hey Youse, Check Out This Philly Street Brawl Right Outside A Bar 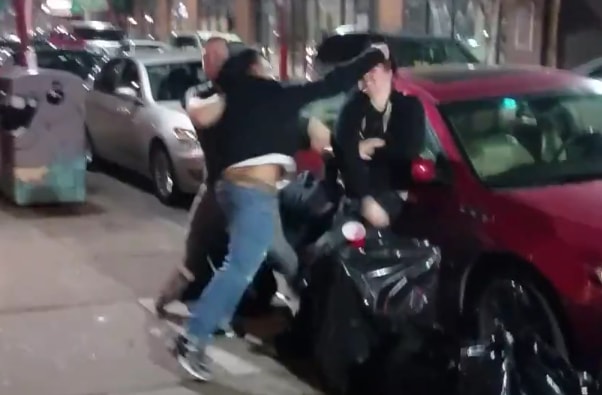 Drunken brawls on South Street are as Philadelphia as a cheesesteak whiz widdout. Apparently, these chaps appear to have had a few too many Yards Poor Richard’s Tavern Spruce beers. The gentlemen seem to have been kicked out of Tavern 222 and brawled out on the street outside. The fight involved four individuals who throw punches as a crowd gathers to witness the jawn.

Most of the combatants are completely plastered and have muffintops, so this isn’t exactly Muhammad Ali versus smokin’ Joe Frazier, but entertaining none-the-less.

The bouncer emerges from Tavern 222 and starts bustin’ heads and even tosses a former patron.