PRANKS: Woman’s ‘Boob Explodes’ While Getting A Tattoo 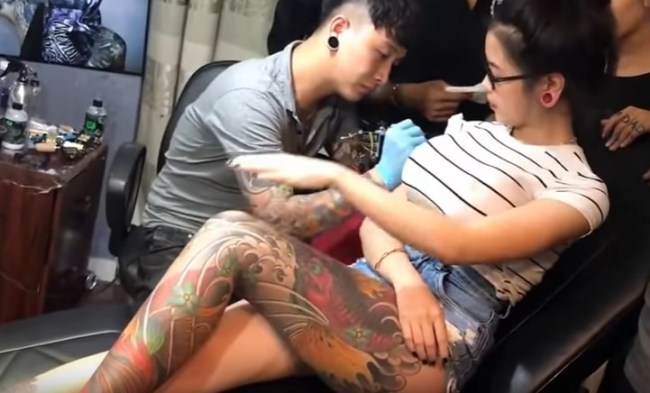 Pranks are fun cheeky shenanigans. Especially pranks where nobody gets hurt. But this girl attempted to do a prank where she could have been forever scarred, but anything for a hearty chuckle right? Sounds like a pretty fucking stupid idea, but hey it’s not me getting permanently fucked up, so it’s entertaining.

We take you the Brite Tattoo Shop in Pattaya, Thailand. While getting a tattoo, the woman set a booby trap for the tattoo artist.

The tattooist was inking the woman’s arm and then she purposely pops her fake balloon breast. The bursting balloon sends startles everyone in the room including the tattooist who has a tattoo gun in his hand.

The fake-titted girl laughs her head off.

“HAHAHAHAHAA! I SCARED YOU WHILE YOU HAD A NEEDLE A QUARTER-INCH FROM MY BODY THAT COULD HAVE PERMANTLY SCARRED ME! HAHAHAHAHAA! I GOT YOU GOOOOOOD!!!”

Here’s a novel idea, do a prank where you don’t permanently fuck up your body.