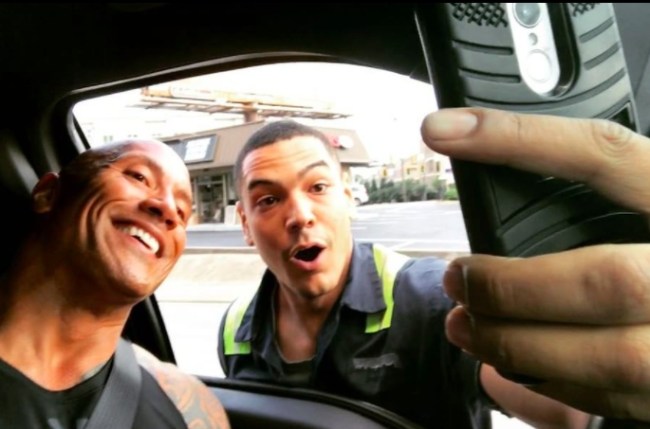 All celebrities should be like Dwayne “The Rock” Johnson, a guy who is willing to go to extremes to pose with his many, many millions of admirers.  A master of the social media humblebrag, the other day the The Rock was cruising around in his pick-up truck when a fan in another truck saw him in the drivers seat.

Instead of calm and collected during a celebrity sighting, the driver of the other truck stopped his truck in the middle of the street and asked the most valuable man in Hollywood for a selfie. The Rock, naturally, obliged, which caused a little bit of a traffic jam.

Sometimes you only get to meet you heroes once. Props to the dude for shooting his shot.