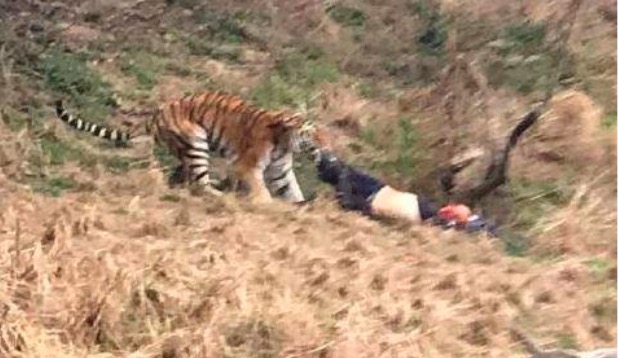 A tourist has reportedly been mauled to death in front of his wife and child after he climbed into a tiger enclosure at Ningbo Younger Zoo, in east China as the big cats were feeding.

In an hour-long rescue effort, zoo keepers tried to scatter the lions with firecrackers and water canons but not before they bit and clawed at the man’s head and neck until he perished. One lion was reportedly shot and killed during the attack.

One witness told the South China Morning Post: “I saw the tiger mauling the person, whose face was covered with blood. Every time he sat up, the tiger pushed him down again.” 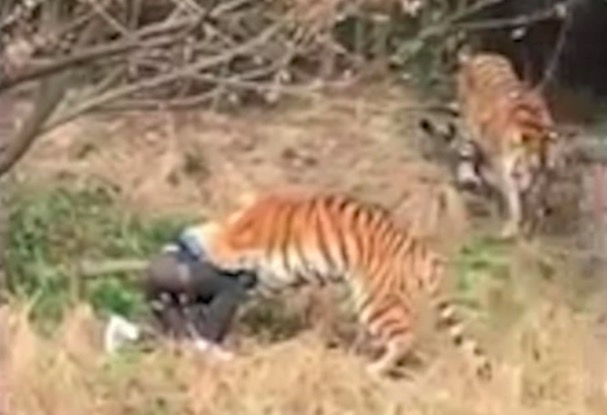 Witnesses said the man walked into the enclosure at 2:30 pm and crossed a river that separates the enclosure from visitors, according to The Sun. Why anyone, never mind a husband and a father, would assume this colossal risk is unclear, but it’s difficult to have total sympathy for someone this moronic.

The below video depicts the terrifying scene as onlookers film the chaos on their phones. This footage is pretty fucked up, so continue at your own risk.

According to RT, this is the second such attack to occur in China over the last six months.

In July, a woman was seriously injured by a tiger at Badaling Wildlife World after she got out of her car and was dragged away. Her mother followed in an apparent effort to save the girl and was subsequently mauled to death by another tiger.

Moral of the story: if you invite wild beasts to maul you, you run the risk of them mauling you. I can’t believe I have to repeat this.