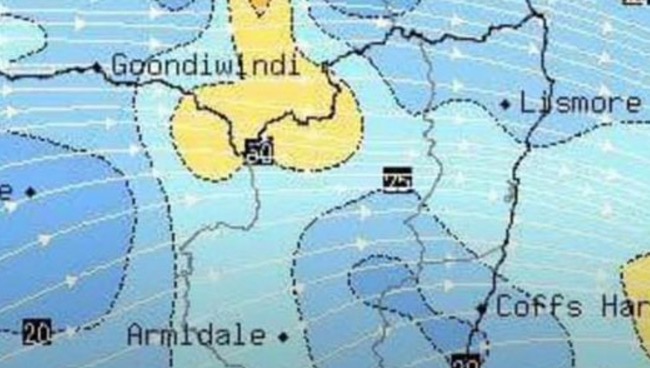 We’ve had some pretty shitty weather lately all across the planet. New Orleans got slammed by supercell tornadoes last week causing unimaginable devastation. The Northeast was treated to ‘Thunder Snow’ during the massive blizzard last week that dumped record snowfall in certain areas. And down under in Australia they’ve had a heat wave so devastatingly hot I watched a video of a guy cook an egg on the hood of his truck last weekend.

The weather‘s been awful everywhere, until now. This dick storm is here to make the weather great again: 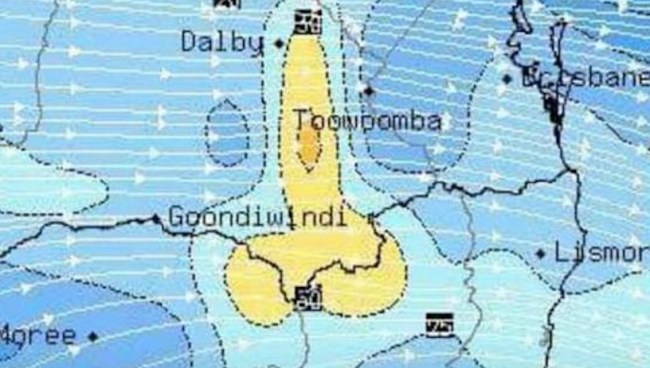 Australi’s about to get a good rodgering from this dick storm, and an Australian weatherman hopped at the chance to make dick storm jokes when he noticed this dong-shaped weather pattern on his computer (via CourierMail):

Nicko Mickle noticed the system on a weather website and capture the hilarious moment.
“Crazy storm on its way to Queensland, looks likes old Toowoomba is about to cop a flogging too.”
Others were quick to see the hilarity of the image.
Bruce Mcguigan said: “It’s about to get a hammering.”
Jake Cotter was more concerned about Dalby which he said was in the “firing range”.
Jamie Spear channeled a weather reporter and said: “Looks like strong penetration rapidly moving in likely to produce extreme wet and windy conditions throughout the inner regions.”