BroBible may earn a commission if you buy a product or service via links in this article.
by Dallas JacksonSeptember 29, 2022 10:55 am 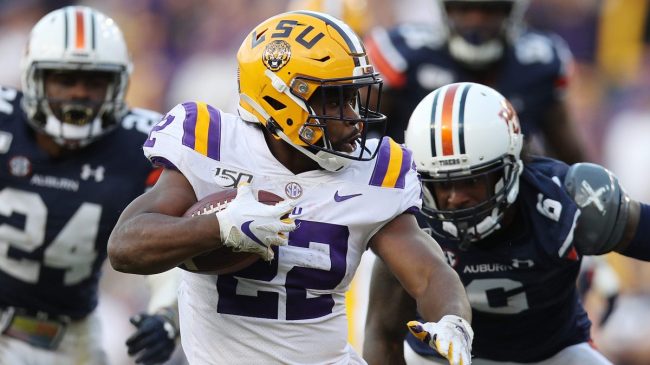 Auburn stinks. That is really what you need to know here to take advantage of this offer. You can take the moneyline — at almost whatever it gets bought up to (it is -325 right now) — and still make money with this promo.

So, seriously, take your free $200 from BetMGM!

For those of you who need talked into sure things, let’s do this.

That Missouri game was in overtime. And only in overtime because Missouri missed a 26-yard field goal to win as time expired. Oh, Auburn also benefited from Nathaniel Peat pulling an Amber Heard (shitting the bed) when he fumbled the ball into the endzone just inches before what would have been a game-winning score for Missouri. Auburn probably would have fired coach Brian Harsin if it lost to Missouri. Even if it doesn’t fire Harsin after this week… Auburn will lose.

The only wildcard in this contest is Auburn quarterback T.J. Finley. And it only applies to the spread, which you are not betting.

Finley is an LSU transfer. His ‘revenge game’ against his old team is certainly an X-factor. It is why we would say to stay away from the line in this game (it’s LSU minus-8 to open, but figures to grow). Finley missed the Missouri game and the offense suffered. It could not throw. If Finley is not able to go, this game is already over because LSU will shut down the run.

Finley is going to push himself to play. Even if he can, it would take a super human effort to win — but not cover a line that could creep up to 10. If his status is buoying through the week it will get bought up, so be ready for that.

Auburn is 0-4 this season ATS if you don’t want to take that sure thing victory on the moneyline but this is about risk management and building a bankroll. LSU is going to win.

Play it safe and take your free $200 from BetMGM!