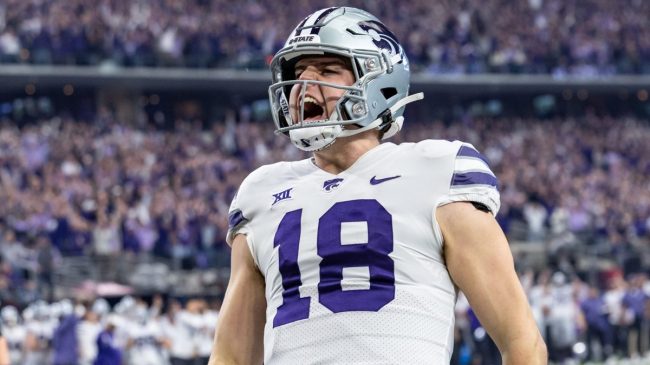 Without a doubt, this is going to be one of the best bowl games of the entire season. Include the playoff games. Alabama and Kansas State is going to be amazing to watch. The Sugar Bowl scored a monster!

I am going to dispel the excuse/theory/notion that Alabama is going to overlook Kansas State. Or that the Tide “don’t really want to be there.” Every player taking the field, for both sides, wants to be there. Several players have transferred out from both sides. They didn’t want to be there. Bryce Young and Will Anderson opting into the bowl tells you the Alabama players are bought in. We know KSU players are talking about this being a prove-it opportunity. Both coaching staffs are certainly insisting on focused intensity.

I think this is going to be a great game because these teams are evenly matched.

It is a fair fight.

What Kansas State does on offense is exactly what gives Alabama a hard time on defense. It has been proven time and again that an accurate quarterback can pick apart the Tide secondary. It has been proven time and again that even with the talent on the defensive front, Alabama can be blocked. There is also plenty of tape of shifty backs making their way through the second level by juking the linebackers. Kansas State wants to play slow and drive; it can and will move the ball. It may be able to hit a few big plays, too.

Alabama is every bit what its record says it is, if not a little worse. That said, Alabama is really good.

Alabama will move the ball well against Kansas State. Young opting in versus prepping for what could be a Top 5 NFL Draft selection tells you his mindset. He wants to compete. And he wants to win. He can shred defenses when he is on. I expect him to be on. Kansas State has been very beatable in the secondary, too. Passing records could be broken because Alabama will score quickly.

Perception of what the seasons “should have been” for both teams is immaterial. Based on the body of work for both, this can come down to who has the ball last.

There is value to be gained on an upset play here. I think Kansas State will use the gameplan of how Kentucky nearly beat Tennessee in 2022. It will control the clock but allow too many quick strikes. However, these Cats will have the moxy to make that one last drive and win the Sugar Bowl. Take Kansas State to win and get your free $200 from BetMGM when a TD is scored.