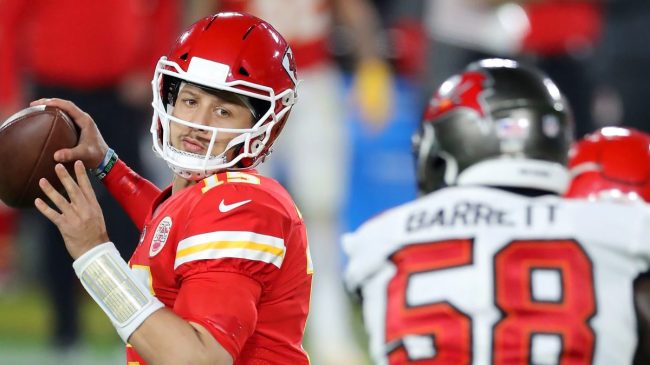 Hurricane Ian is going to play a factor in this game, how much of one is yet to be seen. At the time of publishing, Tampa Bay has moved its practices to Miami and team officials have already reached out to the league to set up contingency plans for the Sunday Night Football showdown. Miami plays on the road on Thursday night; so the game could simply slide down the interstate. Everything about the contest remains unchanged, for now, but at the minimum it will be another disruption for an already shaky Bucs team.

With respect for the city of Tampa, and the people of Florida who are going to be impacted, if this game stays on the board the play becomes increasingly obvious: Kansas City is where to take advantage of this offer.

This pick actually has more to do with Tampa than it does with Kansas City — which would have been the straight-up pick without all of the disruption. Tampa, for all the headlines it receives, has scored three offensive touchdowns in three games. Not three per. Three total.

Tom Brady, Mike Evans, Julio Jones, Leonard Fournette, Russell Gage, Chris Godwin and Crew are an elite group of names. But they are playing just like that. Names. Names that used to be good. Listen, it is an amazing fantasy football roster… from three years ago. Injuries; suspension; play calling; execution, all of the above have been bad. Tampa averaged 4.8 yards per play against the Packers. Whoa.

Playing in either a downpour or a marsh is not going to help any of that. The game figures to be a plodder and that will be another positive for Kansas City. Tampa Bay, not in the headlines, is also replacing three starters on the offensive line from last year and it lost its starting left tackle against Green Bay.

The formula for a Bucs win is not looking like a viable option this week.

The Chiefs are not looking like world-beaters themselves. The team did just lose to Indy, after all. Quarterback Patrick Mahomes and coordinator Eric Bieniemy also got into a heated, televised, argument during the loss.

Ignore all the negativity for Kansas City. It is the better team; has the healthier and younger players. It has the least distractions.

For all the people that will say this gives Tampa Bay a chance to galvanize and come together as a team are not watching the same team. They are looking at the names on the back of the jersey. Tampa Bay — and all those names — will eventually be just fine, just not this week. Take the Chiefs moneyline and get your free $200 from DraftKings!