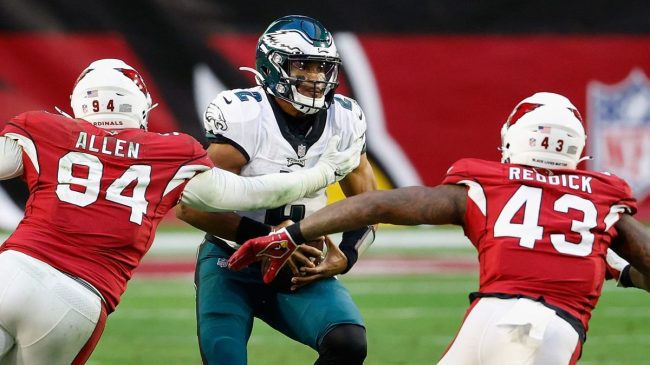 When everyone on the planet thinks they see a trap game coming, does that make it a trap game? That is the real question for the contest between Philadelphia and Arizona. Philly is coming into the game with just about every angle you would inspect for betting on its side. It is the favorite to win by nearly a touchdown. That is where everyone goes looking into what is ‘too good to be true’ about it all.

I have some details for you: for Philly to get to 5-0, it will need to…

Ultimately, there are some things that just do sort of feel right and this one does feel like a trap game, even though everyone thinks it will be a trap game.

Arizona has played some top tier offenses with the Chiefs, Raiders, and Rams already on the slate. Philadelphia had the easier road with Detroit, Washington, Jacksonville and ‘Bad Kirk Cousins’ in one of his dreaded showcase game failures.

The NFL course correction hits this week and the Cardinals get the win. We are not allowing this to get called a trap game, it is just how the teams line up against each other. So take Arizona and get your free $200 from DraftKings if they win!