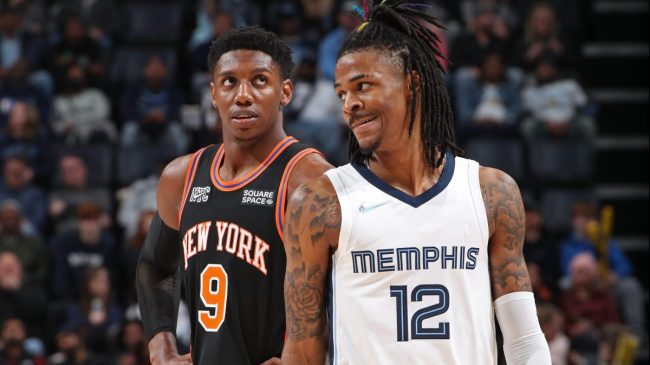 Memphis versus New York may be one of the most interesting opening games of the season. Both teams are more than capable of winning this contest. And it could be for a myriad of reasons.

New York has to be feeling pretty good coming out of the preseason. The team still showed to have good rebounding as well as capable shooting from beyond the arc. The addition of Jalen Brunson has added some more explosive scoring. The release of several veterans this offseason – and the re-investment in homegrown talent – is another reason for excitement.

Brunson is going to have to shine.

He used a contract year to turn in his best year of his career and cash in. He is expected to be better than the 16-5-4 guy he was last year. A 18-6-5 line would be a win. Truthfully the fans are probably hoping for the Brunson that blew up for 22 points per game in the playoffs last year. With the talent around him that may not be possible, though.

Ultimately, if Brunson can create and let RJ Barrett and Julius Randle do their thing, it could be a big start for the Knicks.

Memphis is going to go as far as Ja Morant takes them. Expert analysis, I know.

The Grizzlies, similar to New York, is banking on a lot of internal growth. If Ziare Williams and Santi Aldama can follow in the leaps made by Dillon Brooks and Desmond Bane in recent years then this team is ready for anything.

The difference in this game is that Memphis is going to need to improve its three-point shooting versus its passing and playmaking. Memphis shot just 35.3% from three last year. That is a crazy number considering its talent. The number also sunk their overall shooting percentage to 46.1% overall – 19th in the league.

Memphis is also going to need to overcome a bit of a size disadvantage. Jaren Jackson Jr. is out for this contest which takes away a rim protector to the tune of nearly 2.5 blocks per game.

There is no wrong play here, but, pressed to make a pick and I am taking Memphis at home. Memphis took both games last year and the opening night energy – and Morant – it carries them. Take the moneyline to get $200 back (plus your winnings) when the Grizz win!