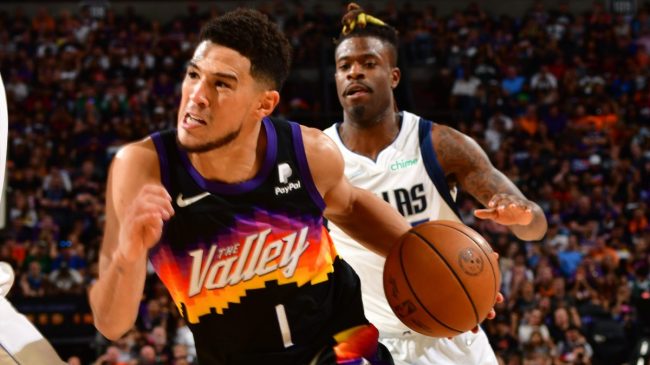 If I could only watch one NBA team this year, these two would certainly get considerations. Both the Dallas Mavericks and the Phoenix Suns are going to win a lot of games. In fact, both are going to blow out a lot of teams.

The Mavericks made a run to the Western Conference finals and bettered Phoenix in seven to do it. The team lost Jalen Brunson to the Knicks, but it is the addition of Christian Wood that is an interesting offset. Wood has been the most ‘good-player, bad-team’ guy in recent years. It makes it hard to know if he is a good player or if he simply got the stats because someone had to. Detroit was trash while he was there. Houston was very young. Dallas is neither.

I would look like a dope if i didn’t mention Luka Doncic and his talents. At 24 he is an interesting choice for MVP (if you wanna make a fun futures play) after finishing fourth, sixth, fifth in the last three years. Doncic nearly averaged a triple-double last year with a 28-9-9 line. Add in Wood as a stretch big and those number could actually improve.

Phoenix, for its part, figures to be more of the same as the Suns run it back with most everyone intact.

Chris Paul is getting older and people are starting to agree with Patrick Beverly that he is a parking cone on defense. That said, he still was a 15-point, 11-assist player last year and can run an offense. Devin Booker is one of the most exciting players in the league as well. If he weren’t in Phoenix, he would be a household name.

Where the Suns can improve is with Mikal Bridges taking his game up a notch and Cam Johnson improving offensively. Jae Crowder agreed to miss preseason and the team is looking to trade him. His defense and leadership may be missed but his liability on offense certainly will not be. The loss of JaVale McGee could also hurt toughness, but little else.

Deandre Ayton has said that all the drama has been cleared out of the locker room with the coaching situation and that “everything is back to normal.” If he says he is ready to rock, I believe him.

This Suns team is going to be a lot of fun to watch score. Even more than it scored last year!

Dallas took the playoff series with the home team winning six of the seven game. With the opener being in Phoenix, we will look for that trend to continue.  Take the Suns moneyline to get $200 back (plus your winnings)!