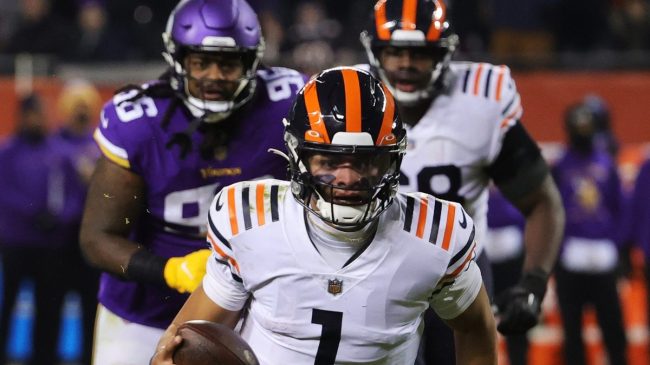 In a weird way the game between NFC North foes Chicago and Minnesota is a battle of two teams that are probably sitting right where you would have guessed in preseason. Now, both got to this point in very unusual ways, but we can still make our play with logic and take home a moneyline win and rake in those bonus offer bucks.

The Vikings are at 3-1; the Bears 2-2. One of those records comes with a vote of zero-confidence. We pointed out the smoke and mirrors of the Bears season when we took the Giants outright last week — and nailed exactly how the game would go.

Many will be the same factors and will lead us to that same pick this week.

Fact of the matter here is that the 2-2 Bears should be 0-4. They are terrible. An upset of the 49ers in a downpour and eeking out a win versus Houston isn’t good. Neither is getting smoked by the Packers and handled easily by the Giants.

Here are some facts about the Bears defense: The Bears have allowed a league-worst 733 rushing yards through four games. The defense has allowed more first downs on the ground than any team in the league. It has also allowed the third-worst, 5.1 yards per carry on the ground. The defense is also not getting to the quarterback, only totaling seven sacks through four game. That is a number tied for fourth-worst in the league. Again, these are all numbers that have come against the 49ers, Texans, and Giants. Not world-beating offenses.

Justin Jefferson, Adam Thielen, and K.J. Osborn are clearly better than anything that Chicago has seen yet this season — and its secondary won’t keep up. Kirk Cousins will be ‘Good Kirk’ against this awful defense. Dalvin Cook (or literally anyone the Vikings trot out there) will also gash the Bear defense, and set up more passing opportunities. The Vikings will score.

None of those numbers — on either side of the ball — will be good enough to keep up with Minnesota. Let alone beat Minnesota at home.

Betting in Minnesota is not legal yet; so this may be bad news to read for Illinois-based Bear fans thinking about getting into the action. But we (and you) are about making money and the play is Minnesota on the money line. So, pound that number and get your free $200 from DraftKings!