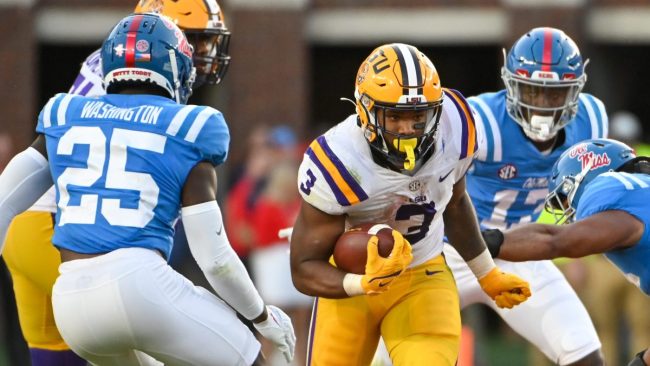 If you know nothing of me before this day, know this: I know LSU. This will be my fourth time writing about them this season and the first three picks all cashed. It is 2022 after all, so, source? Auburn win cashed. Vols loss cashed. Upset over Florida, cashed. Sorry you didn’t opt in before, but you can make right now.

LSU is coming into Homecoming on a major high. The team ripped through Florida to the tune of 45-35, and put on an offensive display that fans have longed for. It was the exact right amount of medicine to wash down the 40-13 loss to Tennessee.

The Tigers opened this week as a 2.5-point underdog. Giving the home team three points, sets that at a ‘real line’ of 5.5. All things considered that is a lot of respect when hosting the No. 7-ranked team in the country just one week after being a worse underdog to Florida.

The exact thing that had to happen last week for LSU to beat Florida is going to have to happen again this week. The offense has to shine and the passing game has to carry the load. It was discussed that perhaps the only play the LSU roster had an advantage over Florida was at receiver and the playcalling exploited that in a big way. It can be said for this week, too. Not only does LSU have the better playmakers on the outside, it fits right against the Ole Miss weakness, the secondary. AJ Finley has been the lone bright spot for Ole Miss, where the rest of the group has failed several attacks.

Where LSU will have to improve is on defense.

Florida was able to run for over 200 yards against it last week. Ole Miss has too much going for it on the ground, as well as an exciting passing attack, that LSU has to win up front. If LSU is not able to slow Quinshon Judkins and Zach Evans, it will make for a long evening.

Brian Kelly already addressed the challenge facing the back seven this week.

That challenge starts with Ole Miss quarterback Jaxson Dart. Dart has the skill — and talent around him — to put up big numbers in this game if given time. Lane Kiffin is a lock to take shots downfield, too. Dart has one of the prettiest passes in the SEC. Jonathan Mingo and Malik Heath are having stellar seasons and can get open. If Mekhi Garner is able to shut down one side of the field, it would go a long way to securing a win.

There were so many ‘buy signs’ last week against Florida that it should have been a Lock of the Year game as far as LSU is concerned. This might range towards a close second. Except it is to buy Ole Miss. The Rebels are closer to Tennessee than they are Florida, unfortunately. Take the Rebels on the road and get your free $200 when a touchdown is scored with BetMGM.