#College Football
BroBible may earn a commission if you buy a product or service via links in this article.
by Dallas JacksonNovember 13, 2022 2:10 pm 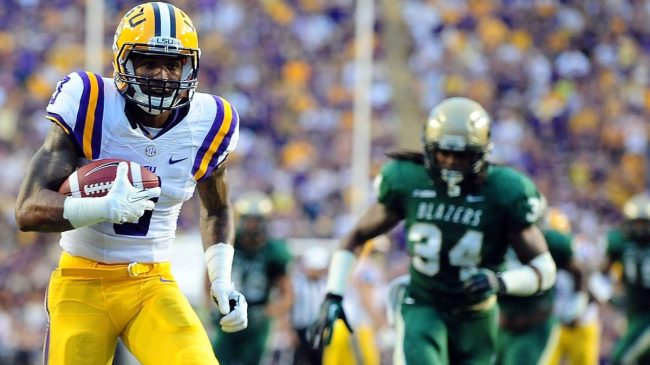 LSU has officially clinched the SEC West! The Tigers will be headed to Atlanta for the conference title game in Brian Kelly’s first season. It has been an unqualified success that has made most forget that fake southern accent he tried to use during the opening presser almost a year ago.

Last week the Tigers escaped with a 13-10 win in the Battle of the Boot against Arkansas. Quarterback Jayden Daniels played like trash. He was 8-of-15 for 86 yards passing and added just 10 yards on the ground. His groundswell for the Heisman (his odds went from +15000 to +1600 after beating Alabama) all but evaporated with the game — though he is a great bet in the futures for next year.

Now, let’s take a breath and go with just some low-level logic.

LSU may have clinched the trip to the SEC title game, but it has ambition to make the CFB playoff. It simply can not lose this game. So, it won’t.

This is LSU. At home. On Senior Night. The game is later than usual, with an 8 pm kickoff. Night games in Baton Rogue are near impossible to steal a victory.

As for the Blazers, the team rebounded with a 41-21 win against North Texas this week. It broke a three-game losing streak for UAB. Those setbacks came against UTSA, Western Kentucky, and Florida Atlantic.

Daniels will be the difference in this game. He will rebound and look more like the Alabama quarterback than the Arkansas quarterback.

Open your account and throw a $10+ bet on the LSU moneyline and get a free $200 when a touchdown is scored with BetMGM.