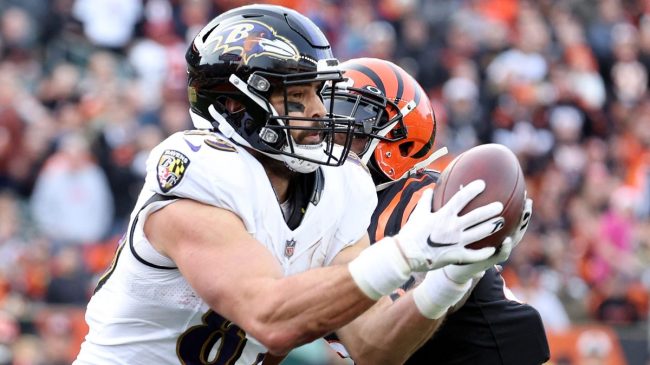 Despite scoring just 12.8 points per game since Lamar Jackson went down, Baltimore can still put itself in a position to win the division by beating Cincinnati this weekend.

The Ravens — with a win — would go to 11-6, moving Cincinnati to 11-5. The result would make the Ravens the leader in the clubhouse. It would also force the NFL to resume the postponed contest between the Bengals and Bills. That game was stopped after Damar Hamlin had to be taken from the field in an ambulance after suffering a cardiac arrest. If the Bengals were to drop that make-up game, it would give Baltimore the division title.

Baltimore coach John Harbaugh has been coy about the health of his superstar quarterback.

“I’m just going to listen to the doctors and to Lamar and we’ll prepare,” he said.

Then he told the same lie he has repeated since the injury:

“The offense is not going to change dramatically between Lamar and Tyler.”

Sure. One was playing at an MVP-level (again), and the other has not been able to move the ball at all (again).

The offense is dramatically different.

Cincinnati is going to be a tall order, with or without Jackson.

Joe Burrow and the offense is getting the headlines again. Perhaps it should be. The team is averaging 7th most points in the league. It is the defense that is being overlooked. Cincinnati is allowing the 5th fewest points in the NFL. It is also getting off the field and playing well against the rush.

There is a lot of value on the Ravens with the moneyline — it is +270 at the time of this writing. The team leads the league in rushing and has an elite defense.

If you want to bet on the defense doing enough to get the win. Either way, you are going to get your free $200 from BetMGM when a touchdown is scored! That bonus is hitting.