DraftKings: Bet $5 on Eagles vs Titans & Get $150 Back If You Pick The Winner 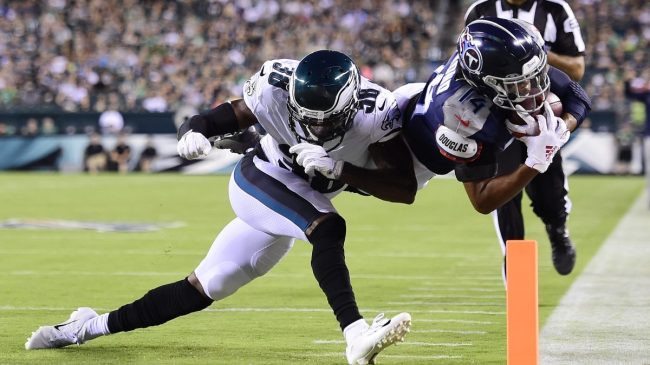 Tennessee is a popular ‘upset pick’ for this week in the NFL. It is because of expectations. Most ‘experts’ did not have Philly at 10-1. Even fewer had the Titans at 7-4. Most had that flipped. As much as anyone wants to say they don’t stick to assumptions, it influences writers more than they want to admit.

Some of the ‘upset’ picks is grounded in reality because of a porous Eagle run defense. And Derrick Henry. However, this year, Tennessee has disappointed more than most. The bottom line is the offense is pretty terrible.

Everything you will read is going to slant Tennessee. There will be countless excuses for three of the four losses. Bookmark this and come back.

Ready yourself for it:

First excuse — the kicker missed a makable field goal to fall to the Giants.
Second excuse — lost to Kansas City because of a backup quarterback.
Third excuse — the game Cincy was tied in the fourth. It was winnable.

Pundits will insist Tennessee should be 10-1. And not an underdog.

Pundits will ignore the other results.

The Titans have a blowout loss to the Bills. A two-point win against a terrible Raiders team. Two escapes against the Colts resulted in Indianapolis firing its coach. Tennessee has another escape against the Commanders. Those wins stack up with an unimpressive 17-10 win in Houston, a 17-10 win over the hapless Broncos, and a 27-17 win over the Packers. Oh, the Packers are 4-8 and would be an underdog to the Lions — which they already lost to this year.

Tennessee is smoke and mirrors.

Philly has a Top 5 offensive line. It has a great defensive line — not sure why it can not stop the run, but legit do not. Its secondary is solid. The playcalling could be more inspired, but the talent is undoubted. This is a game that lines up great for Philly.

The public still does not believe, which keeps the line low. You can get the Eagles on a value because of it.

Take the Eagles on the moneyline to get your free $150 from DraftKings when they win!