DraftKings: Bet $5 On Michigan vs Nebraska & Get $200 If You Pick The Winner

#Football
BroBible may earn a commission if you buy a product or service via links in this article.
by Dallas JacksonNovember 8, 2022 7:35 am 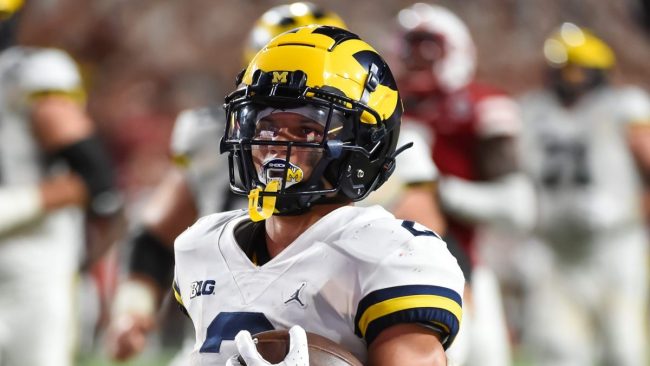 Someone at DraftKings needs to get signups in/on Michigan. There is no logical explanation for this offer getting approved otherwise. Let’s help whoever this employee is out. You will have to lay the long odds on the money line but goodness, if there was ever a lock, it is this game.

Without a significantly better option, this pairing is also slated to be the ABC featured game at 2:30CT. It will go against Ole Miss-Alabama on CBS as a national broadcast. It is always nice to know that if you are betting this game outside of Michigan, you can switch over channels to watch your winnings while also staying locked in on the game you want to have on the television.

The simple fact is that Nebraska is not good. Michigan is.

Michigan is also at home. The Wolverines are not going to lose to Nebraska on Mars, let alone in front of 100,000-plus fans inside Michigan Stadium. Without having to worry about the point spread, this is a gimme game to start a bankroll. Seriously, place a $5+ money line bet on Michigan versus Nebraska and get $200 back if you pick the winner! (That’s $200 in addition to your winnings)

All of those defensive rankings for Michigan are in the nation, not the B1G conference. These teams are not the same.

Michigan is one of the four remaining undefeated teams in FBS. Nebraska has fired its football coach and some of his assistants while in the midst of a three-game losing streak. It last won in a comeback victory against Rutgers.

Michigan opened as a 29.5-point favorite and that does not mean a darn thing to you. Take Michigan and get $200 back when they win! (That’s $200 in addition to your winnings) Do it before DraftKings realizes how much money it is giving away.