#Football
BroBible may earn a commission if you buy a product or service via links in this article.
by Dallas JacksonNovember 8, 2022 11:12 am 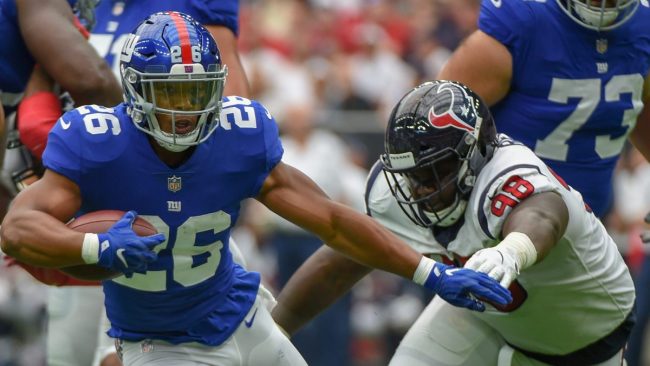 When we are talking about your money, I want to be transparent with you. I have written about both the New York Giants and the Houston Texas a few teams this year. So, what I am going to tell you below — about how to spend your money — is based on many of these pre-existing considerations.

I was on the Giants early in the year. I spelled out exactly what I liked about them back in Week 4, which turned into an underdog win over Chicago. It was insane that the Giants were still underdogs after beating Chicago, Green Bay, and then Baltimore! It felt too easy to take them versus Jacksonville, but for sure, I did it. I was on the wrong side of an admitted guess that two offensive linemen would play against Seattle. Neither did, and my prediction of an upset fell short.

The only time I had the Texans was in the expected loss to Philadelphia. In it I said that despite the Detroit Lions having the worst record in the league that the Texans were by far the worst team. Additionally, I said that if the two played, I would take the Lions minus-7 at home.

I didn’t know I would have this game coming up, so I want to let you know what I think of Houston. Also, New York was on a bye last week. So anything I thought about their health is now given more time to be confirmed or denied.

Here is the baseline: I am a Giants believer, and I am way down on Houston.

As such, anything I would cite from here down would be loaded with confirmation bias. Every stat I would present would slant you to the belief that the Giants will beat the Texans. That is the only bet we are making in this offer.

The point spread does not matter and we are picking the winner. I think the Giants are very good, and I think the Texans are the worst team in the league. I thought the Texans would lose on the road to the Lions by more than a touchdown. If we are talking about where I would place your money, it is on the Giants at home.