DraftKings: Bet $5 on Sunday Night Football & Get $150 Back If You Pick The Winner 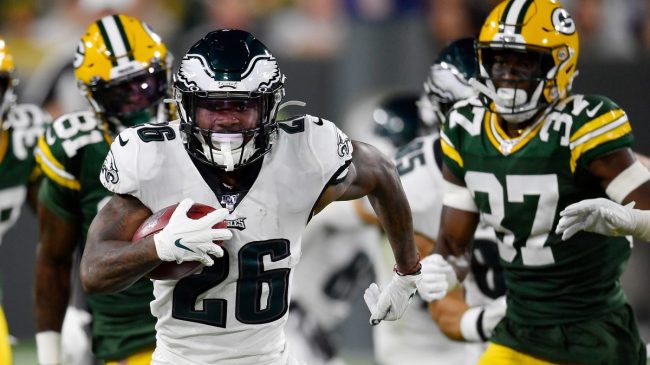 From what it sounds like in the media, you would think the Packers and Eagles seasons were reversed.  That the top seed in the NFC and best record in the NFL belonged to the Packers. The 4-7 record, mismatch of results versus expectations, and third place in its own division were the Eagles.

It is not. Despite what you are reading and hearing, the Eagles are still… the Eagles.

At this point of the season, that 9-1 record was the expectation met. It makes it less exciting and less respected. By expectation, I mean after Philadelphia beat Minnesota to go to 2-0, the games against Washington, Jacksonville, Arizona, Dallas (with Cooper Rush), Pittsburgh, and the Texans were all predicted victories. Checked boxes.

I did not have the loss to Washington on Monday night. I thought Washington would show Indianapolis the path. That Indy would be the trap game and loss with having SNF and Green Bay on the other side. After the Washington loss, I still said Indy would be a tight game, but knew Philly had that win.

Again, after getting to 2-0, Philly was expected to be 9-1. That is impressive.

Philadelphia is now boring to bettors, and they are boring to the media.

Philly is struggling to stop the run, too. That is fine, it will fix that issue. And outside of Jalen Hurts, the offense looks out of stride. The line — that I repeated beat the drum for as being Top 5 — has not looked it and needs to get right.

Green Bay is an offensive rollercoaster weekly. Wildly unpredictable in results and expectations. Bettors love them because of the stars. Aaron Rodgers, Aaron Jones, and name recognition are good for you because it is keeping the line down.

Philadelphia is ready to get right. Green Bay is a team that will have their attention, even if not on merit. Human nature will suggest more focus on a name brand opponent than either Washington or Indianapolis could provide. It is also a great time to take advantage of what will be a short work week for both teams over Thanksgiving and Green Bay having to travel.

This is a formula for Philadelphia to check another box: beating an inferior Green Bay team.

Take the Eagles on the moneyline & get your free $150 from DraftKings!