DraftKings: Bet $5 on Thursday Night Football & Get $150 Back If You Pick The Winner 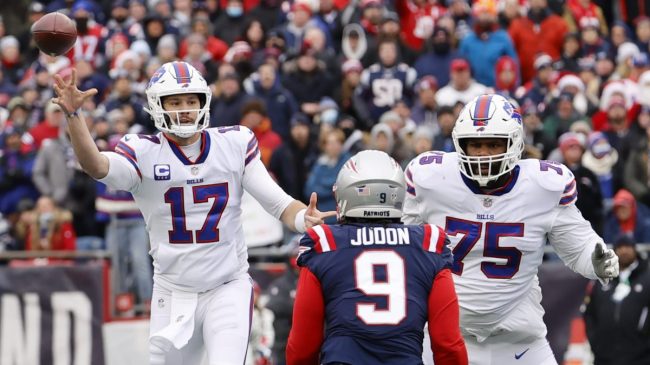 We are approaching the time of the year when at least one if not both, teams playing are in ‘must win’ mode. Such is the case for the Thursday night contest between Buffalo and New England.

In this case. It is both.

Buffalo sits at 8-3, second in the AFC East, and the No. 5 seed in the playoff picture. The Bills have higher ambitions than that but it also hasn’t won a game in the division yet. If it hadn’t escaped Detroit, the team would be in third in its division. Buffalo can not afford a loss if it wants to have a shot at the No. 1 seed or even a division title.

At this point in the season, we mostly know what to expect with the Bills offense. Josh Allen will be coming up big in crunch time and carrying the team. It will get limited running back output. Maybe a solid receiver steps up, and the offensive line plays well. Defensively the team will be without Von Miller with his knee injury. It should get Tre’Davious White back to more time after being active but very limited last week. Buffalo is not as good as many expected — perhaps losing Brian Daboll hurt more than anyone anticipated. That said, Buffalo is very good.

New England is currently outside looking in on the playoffs. The Patriots are tied with the LA Chargers at 6-5, but it is trending in the wrong direction. If it were not for the two worst games in Zach Wilson’s not-so-good career, the Patriots might be 4-7. The team is just not that good — and I traveled to Minnesota to see if for myself over Thanksgiving.

Mac Jones threw for over 300 yards, but it never felt meaningful. The run game is not there. The points the team put up were more because of the Minnesota secondary than because of the New England offense. Buffalo is better on defense than Minnesota in almost every statistical category. It will slow New England.

DraftKings offers a bonus for picking the winner. So that is (y)our focus.

Buffalo is turning into the big brother in this battle.

Even as a Pats fan, that 30-16 number feels like a logical spot for this Thursday. The difference between the No. 2 seed and the No. 5 seed is big. Buffalo gets this win.

Take the Bills on the moneyline to get your free $150 from DraftKings when they win!