FanDuel: Bet $5 On Bengals vs Ravens & Get $200 In Bonus Bets Guaranteed 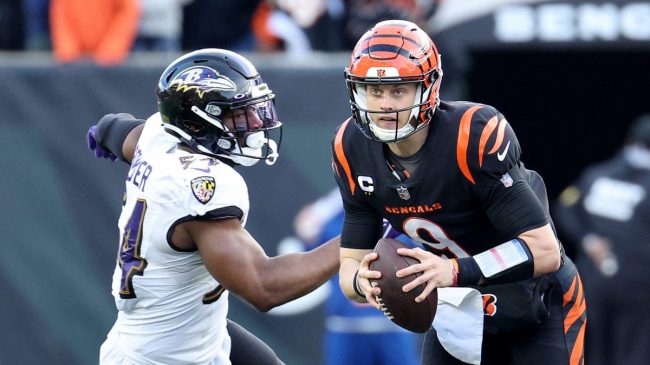 Yes, the title is true; we legally cannot lie to you. Big Casinos are trying to swallow each other whole. Until that happens, we all get a little bit of money in our pockets. Sports gaming is now legal in Ohio and FanDuel is getting you in the action.

Cincinnati and Baltimore are set to take the field with the AFC North title on the line.

The Bengals can clinch the division outright with a win. However, if Baltimore wins, it is more likely that the Bengals and Bills will have to resume their game. Cincinnati could fall to 11-5, with Baltimore being 11-6 and holding a tiebreaker, thus making the Bills result consequential. Due to the critical injury to defensive back Damar Hamlin, the game between the two was postponed without an announcement for resumption.

This game has a lot of ear markings from last season.

Cincinnati did not clinch the division last year until the last week of the season while getting hot and making a run to the Super Bowl. The Bengals started looking legit in that stretch run and put the league on notice that it was for real.

Similarly, the Bengals have not lost since a Halloween trick it played on everyone by falling to the Browns. Since then, the team has rolled off victories against Carolina, Pittsburgh, Tennessee, Kansas City, Cleveland, Tampa Bay, and New England.

Joe Burrow and the offense have made most of the headlines — and it is averaging 7th most points in the league — but perhaps it is the defense that is getting overlooked. The Bengals are allowing the 5th fewest points in the NFL. It is being helped by getting off the field and playing well against the rush.

Baltimore is also mirroring it’s 2021 — but in some of the worst ways. The team opened the year hot and was the No. 1 seed at one point. Lamar Jackson was getting MVP chatter until he got hurt. Now, the team is hoping not to go out and limp to a finish. Fortunately, missing the playoffs has been mitigated by already clinching the slow slog to end the year without Jackson still stings.

John Harbaugh did not have an immediate update.

He did tell a bit of a lie, though.

“I’m just going to listen to the doctors and to Lamar and we’ll prepare,” he said. “The offense is not going to change dramatically between Lamar and Tyler.”

Yes. It is. The Ravens offense has not moved the ball without LJ8. Over the last four games, the team has scored an average of 12.8 points and has scored three total touchdowns. The team also does not have a single wide receiver in the Top 75 for catches for the year. It changes quite a bit. Some may say ‘dramatically.’

If Lamar Jackson is not back and the Ravens can not pass, that could play right into the hands of the Bengals defensive game plan of stuffing the run and getting the offense back on the field.

The Bengals are playing really well, and it is tough to buy a one-dimensional Ravens — especially not knowing the status of Jackson. Take Cincinnati with your bet and enjoy that $200 in bonus bets you are guaranteed to get.