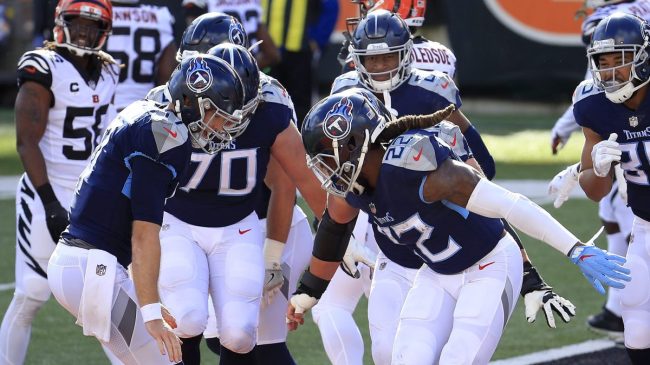 No Titan fan has forgotten the playoff loss suffered at the hands of Cincinnati. It is probably not lost on any member of the Tennessee locker room, either. Though a regular season game will not exactly have the same level of importance, it can be cathartic.

Cincinnati is battling for a playoff spot this year. It has a banged up Joe Mixon (concussion), and Ja’Marr Chase is still limited. The offensive line is brutal. And the defense is so-so. It is not the same Cincy team that it was last year, so do not bet it like it is.

Tennessee is much closer to its full form entering this game, and that is a big advantage.

Ryan Tannehill and Derrick Henry are the keys. As usual.

Tannehill may have proven to be more valuable in his absence than in his previous week’s performances. Malik Willis may be the future (may), but Tannehill is the present, and he has been playing well since his return.

Henry is going to need to get back in gear. The return of Tannehill coincided with the decline of Henry. After five consecutive 100-plus yard games, he has fallen off. Henry averaged 2.9 yards per carry in the last two games after looking like he was regaining MVP form.

Green Bay started to use a 6-1 front on defense — daring Tannehill to beat them — and it impacted Henry. It is unlikely that Cincinnati will do the same, and that should open it back up for Henry to grind out yards.

There are still questions about the Titan defense. The season has been littered with injuries, and those carry over into this pairing.

The beauty of this FanDeul offer is you can take either team and come out with funds in your account. If you want to win the front end of the bet, take the Titans. They are the better team; want vengeance from last season. The team is more balanced, and it is healthy on the right side of the ball.

Take Tennessee on the moneyline & get your free $125 from FanDuel