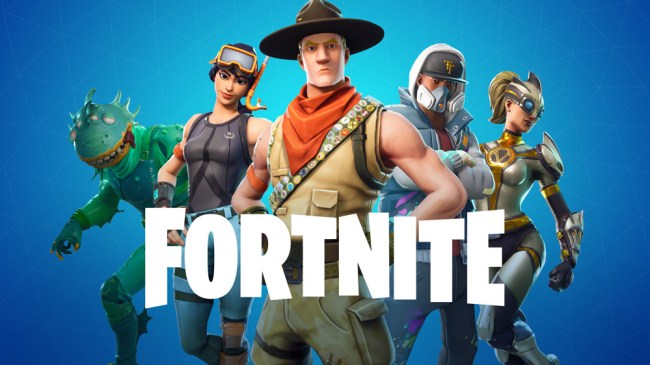 Chris Pursell (Cynopsis Media) has reported that Epic Games is seeking “up to $25 million for partnerships for Fortnite World Cup, obviously a new record for the (e-sports) industry”; title sponsorships and “regular spots within the event” are among the opportunities available to brands. The Fortnite World Cup, which will have players competing for their share of a $100 million prize pool, will begin in late ’19; qualifying tournaments, open to the public (i.e. you do not need to be a professional gamer) are scheduled to start in early ‘19.  Back in June, it was estimated that 125 million people worldwide play the battle royale game.

Howie Long-Short: Some are comparing the cost of a Fortnite sponsorship to a 30 second Super Bowl LII spot ($5 million), but a better comparison would be the $30 million that Formula One asks for a circuit sponsorship; F1 claims to have 500 million fans worldwide. Of course, just because Formula One is asking for $30 million, doesn’t mean it’s getting it (though F1 did recently sign a $100 million deal with Interregional Sports Group); in fact, the racing circuit grew sponsorship dollars less last year (+$11 million) than any time in the past decade; reporting just $273 million in sponsorship revenue.

Riot Games is owned by Tencent (TCEHY). Company shares are down -22.5% (to $35.72) since China’s Ministry of Education recommended a restriction on the number of new video games, proposed a limit internet usage and said it would explore an age-appropriate rating system for players, back in late August; the Ministry blames video games and internet usage for the increase in reported cases of myopia amongst minors. Operating amidst heightened regulatory risk in Q2 ‘18, TCEHY reported a decrease in profits for the first time in 10+ years. The company will report Q3 earnings on November 14th.

Fan Marino: Elon Musk created a stir on Twitter (take a drink) Friday, by posting a screenshot of a MarketWatch story appearing to indicate he had purchased and subsequently deleted Fortnite (a move that would prevent others from playing). While Musk’s use of Photoshop was good enough to could convince readers that the story was true, inclusion of the quote “I had to save these kids from eternal virginity” gave away the prank (though it made me chuckle). It’s unclear if the joke violated newly issued guidelines (set by the Tesla board) for Musk’s social media use.

The NBA’s G-League has developed a professional path for elite H.S. prospects that is designed to serve as an alternative to one-and-done collegiate careers until the NBA collective bargaining agreement is renegotiated in ’22; it’s expected that players will once again be given the opportunity to go straight from H.S. to the NBA, at that time. Beginning next summer, the G-League will offer the nation’s best prospects over the age of 18, but not yet eligible to enter the NBA draft, the opportunity to sign “Select Contracts” worth $125,000. Prospects that go the G-League route will be limited to playing one season on a “Select Contract”, they’ll become draft eligible at the season’s completion. The G-League will not pursue prospects that have committed to attending college and athletes who’ve enroll in school are ineligible for the program.

Howie Long-Short: You’ve likely seen stories stating that the new “Select Contracts” are valued at nearly 4x the G-League minimum ($35,000), implying the difference would cause infighting. While technically true, 2/3 of the league’s players make $70,000/season and those on 2-way contracts can earn up to $385,000/season. Elite H.S. prospects on “Select Contracts” will be compensated better than the league’s average player, but they won’t be the G-League’s highest paid players.

Just because an elite prospect is no longer restricted by NCAA guidelines, does not mean they’re certain to profit off their likeness (think: autographs, merchandise sales) and sign endorsement (or marketing) deals. Fandom (of the University, not the player) drives the market for star collegiate athletes (i.e. Terrelle Pryor’s autograph was valued because he played QB for Ohio State, not because he was a great pro prospect) and few players carry mainstream name recognition (Zion Williamson is an exception) coming out of high school.

The Adidas basketball trial has shown (allegedly) that elite high school basketball prospects were already receiving six-figure payments to render services to an affiliated collegiate program, so it seems unlikely that a $125,000 would be enough of a differentiating factor for a player to select the G-League path; particularly when you consider country’s top college basketball programs offer better travel and accommodations, far more visibility and play in front of larger crowds than the NBA’s G-League affiliates.

The G-League is selling the access to player development coaching (and training staffs), but I’m having a hard time believing its coaches are better prepared to put kids in the NBA (and in a position to succeed) than Coach K or John Calipari; mostly because they’re trying to win games (so they can get noticed and land an NBA HC job) and H.S. prospects may not be ready to contribute to that mission.

WNBA players are understandably upset with the concept of “Select Contracts” as their value exceeds the maximum veteran contract ($115,500) offered within the women’s pro league. I’m certainly not in the crowd that believes WNBA players should be entitled to the same percentage of league revenue that NBA players get (one league generates $7 billion in revenue, the other losses money), but it’s fair to wonder with NBA ownership heavily subsidizing both G-League and WNBA clubs, why there is salary inequality between those 2 leagues?

Fan Marino: $125,000 shouldn’t be enough money for an elite prospect to step up a level in competition. Slipping even a single slot in the draft is costly, the #1 overall selection in the ’18 draft DeAndre Ayton will earn $1.9 million more than #2 pick Marvin Bagley will over the first 2 years of his NBA career; the 24th selection Anfernee Simmons will cash checks worth $145,000 more than Moritz Wagner, the player selected 25th overall. Players projected to be selected among the two-dozen players chosen would be wise to sit-out what would be their freshman season (or spend a year in prep school), before giving scouts the opportunity to find weaknesses in their games; remember, they would be competing against players 7 years (average age is 25) their senior.

If a player won’t sit out (assumes NCAA is already not an option), elite prospects are better off heading overseas than taking the G-League’s new path. Back in ’08, Brandon Jennings signed a one-year $1.65 million deal to play in Italy. Emmanuel Mudiay ($1.2 million, China) and Terrance Ferguson (“nearly” $1 million, Australia) have also since signed lucrative one-year deals coming out of H.S.

It’s yet to be determined how the G-League will select the players eligible to sign “Select Contracts” or how the players who choose to sign them will be allocated within the league. It’s important to note that the NBA parent company of the G-League affiliate does not own the player’s rights, another reason why there is little incentive to invest in a H.S. prospect.

The G-League held its annual draft on Saturday, Willie Reed (formerly of Nets, Heat, Clippers and Pistons) was taken with the 1st overall selection by the Salt Lake City Stars.