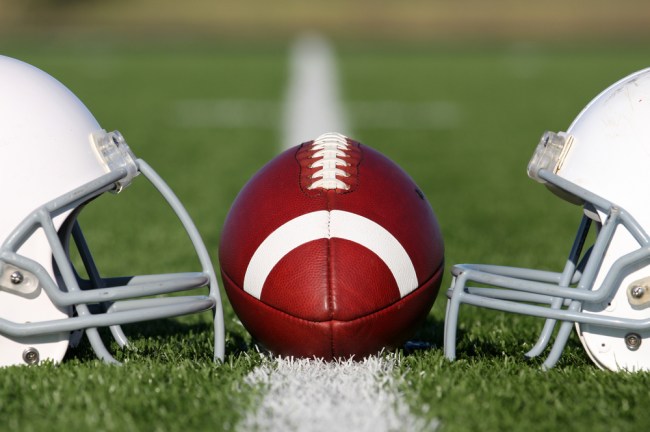 The San Francisco 49ers, through its Bay Area Host Committee, will lose upwards of $10 million hosting tonight’s college football national championship game between Clemson and Alabama at Levi’s Stadium (ESPN, 8p EST), but 49ers President Al Guido says that a single P&L doesn’t explain the whole story; the volume of eyeballs on the venue (the game is the most watched program on cable) “collectively benefits” both the franchise and the region. We had the chance to sit down with Al to discuss the costs associated with putting on college football’s national championship game, to find out why the host committee may be in the red coming out of the game and how the team and venue will ultimately stand to benefit from the massive event exposure.

What does it cost to put on the College Football Playoff National Championship?

Al: Every market is different because of the labor rates, but we think it’s going to cost us right around $25 million operationally; and then we were provided hospitality assets, as the host committee, to be able to raise money against that $25 million. You need public safety, infrastructure, events, technology; there are several major operational elements needed to host an event of this magnitude

The San Francisco 49ers are going to lose +/- $10 million staging tonight’s game (and the surrounding festivities), why is that?

Al: In certain cities, there are public entities that can raise public dollars to put into these bids. Tampa Bay might have a license plate tax or another tax that funds the Tampa Bay Sports Commission (TBSC) and then the TBSC uses a percentage of those dollars to book an event. We didn’t have any money to start. We don’t have a tax, there is no public subsidy, there’s no waiving of costs or any rebates. The 49ers essentially funded every dollar without any public investment to support this event. The CFP provided us hospitality assets on the back-end to sell packages and generate revenue, but no matter how successful the event is you can’t raise enough money to cover the total expenses of this game, in this marketplace, without public dollars (Editor Note: math applies to the Super Bowl and other high profile events too).

The 49ers have since established a regional sports commission to pursue future high-profile events (think: World Cup 2026). Can you explain how it will operate?

Al: In 2017, we formed a 501 (c)(6) called the Bay Area Host Committee (BAHC) with the thought that we would create a year-round entity that would be used to fundraise and ultimately create a bank for bidding on future events; all of which require a sizable investment to orchestrate. We will work with the other pro sports team in the market, so if Rick Welts is pursuing the NBA All-Star Game we can use funds from the BHAC to raise money for that event.

The 49ers are responsible for booking/managing Levi’s Stadium for all non-NFL related events. If all the profits and losses for those events are passed through directly to the city, how does the deal with the stadium authority benefit the franchise? (Editor Note: The 49ers proactively reached out to the city and agreed to backstop costs for this event, which explains why the club is on the hook for $10 million.)

Al: We’re incentivized two-fold. One, those events capture some revenue on our side of the ledger too (think: suite sales) and our partners appreciate that their exposure is more valuable based off the events we bring to Levi’s Stadium; our suites are more valuable because the suite holders have access to these events. We understand that it’s not one whole pie, but collectively we benefit from hosting large scale, non-NFL events.

Since the venue opened in 2014 we have hosted more major events than any other large stadium in North America during that time. From Wrestlemania 31 to Super Bowl 50, from the opening match of the Copa America Centenario to the 2017 Gold Cup Final, from the Grateful Dead to Beyonce, we’ve had the biggest events take place inside our doors and that presents incredibly valuable opportunities for all stakeholders of the building.

Two, we believe that eyeballs matter and ultimately the 49ers and Levi’s stadium will benefit from the impressions. Large-scale events beget other large-scale events; Levi’s Stadium and the surrounding cities in the Bay Area continue to prove and improve their ability to host events of a sizable magnitude.

If you’re an event promoter and you’re watching the game tonight, you might be impressed to learn about the stadium’s dynamic features, or sustainable initiatives, or high-end premium areas, or reputation for being technologically advanced – and consider it a possible event site. We might win a Gold Cup Final bid because we hosted the Super Bowl. Levi’s Stadium has garnered an awesome reputation amongst European soccer players – now it is a desirable place to potentially play for FIFA World Cup. Our sponsorship model, pricing and prospects change as a result as our eyeballs and the likelihood of attracting international partners increases. In the broader marketplace, we want to be known as a sports entertainment company that hosts the largest events in the world, not just an NFL football team playing in one of the best stadiums in the world.

Howie Long-Short: Tim Brando referred to the Playoff Committee’s decision to play the game in Santa Clara as a “money grab”, but there’s little negotiating to be done when an RFP is sent out and there are an abundance of cities interested in hosting the game; the various locals effectively commit to giving the committee whatever they require for operational expenses to put on the event (think: free concerts).

Al’s point re: impressions and rights fees is valid. Levi’s CEO Chip Bergh is on record saying that the number of combined impressions received since Levi’s Stadium opened in 2014 (including Super Bowl 50) has, from a valuation perspective, already paid off the company’s $220 million investment in naming rights; with 15+ years remaining on the pact.

Fan Marino: There’s been a lot of talk this week about the collapse of secondary market ticket pricing. Do you believe the perceived lack of local interest (Howie explained last week that ticketing allocations are driving the low prices) will impact where the game is awarded in the future?

Al: Those statistics aren’t reflective of the Bay Area’s proven history to host massive events in the past, or reflective of its status as a viable marketplace for college games in the future.  The infrastructure is incredibly well established. We have an outstanding relationship with the CFP and they have applauded the Bay Area’s marketing support, operational structure, hospitality and ticket sales for this event. We are confident the success of this year’s game and the weekend full of ancillary events will only positively impact future bid by West Coast cities.