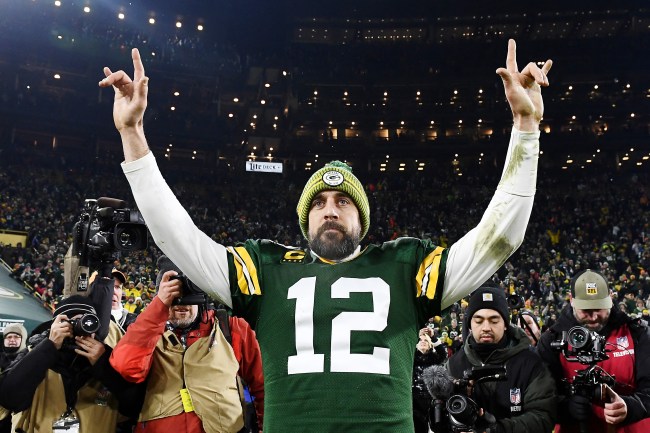 It will take nothing short of a three-part Netflix docuseries for me to fully understand why Aaron Rodgers treats his family like war criminals.

The 36-year-old has been estranged from his family for years and while the public has yet to be given a sufficient reason why, in 2017 Aaron’s dad, Ed, claimed “fame can change things,” and that Aaron allegedly stopped talking to his family at the end of 2014, shortly after he started dating Olivia Munn.

During a candid conversation with girlfriend Danica Patrick on her Pretty Intense podcast, Rodgers effectively admonished his Christian upbringing, summed up nicely by this quote: “I don’t know how you can believe in a God who wants to condemn most of the planet to a fiery hell.”

Exodus 20:7 Thou shalt not take the name of the LORD thy God in vain; for the LORD will not hold him guiltless that taketh his name in vain.

Rodgers was raised in a devout Christian family under his parents Darla and Edward, both of whom are not happy with their son being a…

A source close to the family told PEOPLE:

“They were dismayed,” says the insider. “The family is very dedicated to their Christian faith.”

“To them, his comments are basically a slap in the face to the fundamentals of who they are. It’s basically him turning his back on everything they have taught him.”

“The feeling is that Aaron has really turned his back on them,” says the insider. “There’s clearly a lot more to it, but that’s how he is perceived by his family.”

“His comments are very hurtful to the family,” says the insider, who says that the family “still loves Aaron very much,” but disagrees with him about fundamental things. “They have these times where things start to thaw out, but then something like this happens, and then it’s back to square one. It’s sad.”

It Aaron’s comments do subject him to an eternity in fiery hell, do you think his brother Jordan will donate to his cause?